The Blues could do with a top signing in the attacking midfield department, and Havertz certainly fits the bill after impressing in his time in the Bundesliga.

The Germany international is expected to be announced as a new Chelsea player once Bayer Leverkusen’s Europa League campaign comes to an end, according to journalist Kevin Palmer…

There are now suggestions that Kai Havertz’s move to Chelsea will be confirmed soon after Leverkusen’s Europa League campaign ends.

Personal terms were never going to be an issue and Havertz has set his heart on the move to Chelsea #CFC pic.twitter.com/lMS2D9uuBR

Chelsea manager Frank Lampard is clearly a fan of Havertz, as he liked a skill video of the player on Instagram.

See below for a screen grab which shows a like from the official account of the CFC boss, in what is surely his biggest hint yet at a potential deal for the 21-year-old star… 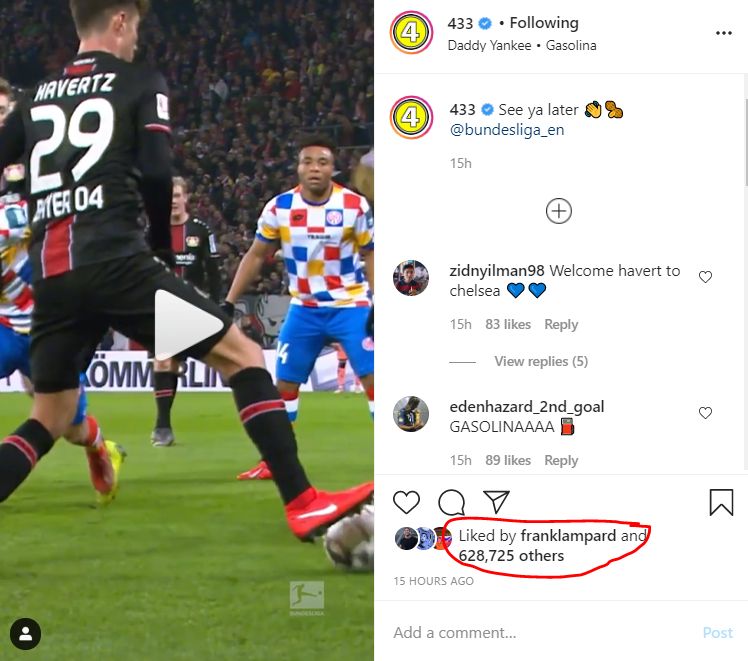 Lampard will be well aware that this kind of social media activity will be picked up and excite the club’s fans.

It’s surely not too long now before we hear something a little more concrete on the Havertz to Chelsea transfer.