Controversy and Mario Balotelli seem to go hand in hand, and the Brescia man looks to have played his final game for his home town club.

The 29-year-old still has two years left on his contract, but as The Sun note, a huge falling out with owner Massimo Cellino seems to have put paid to his career in Italy.

However, help would appear to be at hand in the form of Turkish side, Besiktas.

Journalist, Nicolo Shira, announced on Twitter that the SuperLig side are in talks with Balotelli’s agent, Mino Raiola, with a view to offering the player a deal worth in the region of £43,000 per week.

#Besiktas are interested in Mario #Balotelli. They are in talks with Mino #Raiola to try to sign the italian striker. For him offered a salary of €2,5M a + add-ons. #transfers

To add some extra fuel to the fire, the player also liked a Besiktas fan page’s post on social media which implored him to join the club. 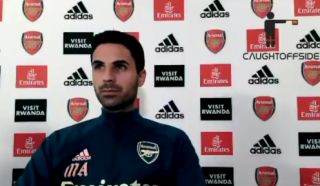 The Italian arguably doesn’t have another option if he wants to further his time in the game.

There are no longer clubs clamouring for his services, clearly tired of the antics that have dogged him throughout his playing career.

Mario Balotelli leaves Brescia training after having a bust up with the manager November 22, 2019 15:30
Liverpool FC