Arsenal fans won’t be too happy about the antics of Dani Ceballos on his Instagram page last night.

The Spain international has been a classy performer on the pitch since joining Arsenal on loan from Real Madrid last summer, but his long-term future remains in some doubt.

MORE: Stats show Willian is a bargain for Arsenal

The Gunners would do well to keep Ceballos permanently, or to at least extend his loan stay at the Emirates Stadium.

However, Ceballos has now been pictured on Instagram wearing the shirt of his former club Real Betis, who have also been linked with him this summer… 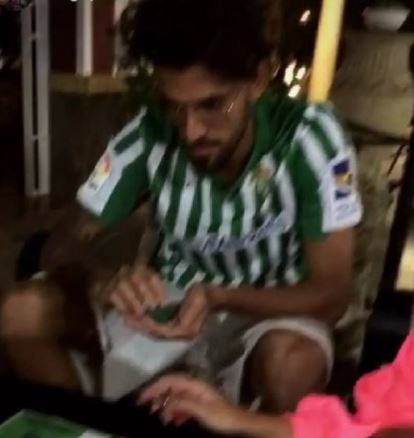 Is Dani Ceballos hinting at a return to Real Betis?

It’s previously been suggested by Mundo Deportivo that Ceballos may favour a return to Betis, so this image is sure to have Gooners very concerned.

Ceballos was slow to get going at Arsenal this season, but showed huge improvement once Mikel Arteta replaced Unai Emery as manager.

The Athletic have claimed Arsenal are working to keep Ceballos as he’s seen as a key part of how Arteta wants to set his side up tactically next season.