Tottenham have officially announced the signing of Pierre-Emile Hojbjerg from Southampton as Jose Mourinho moves to bolster his midfield options ahead of next season.

The 25-year-old joined the Saints from Bayern Munich in 2016 and went on to make 134 appearances for the club as he grew into a key figure in their midfield.

Further, he has 33 caps to his name for Denmark, and so he has solid experience and quality at a high level which in turn has led to his big move this summer.

As per the club’s official site, they have confirmed the midfielder’s arrival from their Premier League rivals, while the tweet below has revealed that he will wear the No.5 shirt next season.

Meanwhile, Sky Sports add that he has signed a five-year deal with Tottenham, while it’s suggested that they have paid around £15m plus bonuses to land his signature as they also simultaneously announced that Kyle Walker-Peters has moved in the opposite direction to join Southampton.

After finishing in sixth place in the Premier League last season and having ended up trophyless again, Mourinho will have been desperate to bring in new faces this summer to strengthen his squad and ensure that they’re more competitive moving forward.

Hojbjerg will certainly add more quality and competition for places in midfield, but time will tell just how influential he can be for Tottenham as they look to kick on and deliver in Mourinho’s first full campaign in charge.

With the likes of Tanguy Ndombele, Harry Winks, Eric Dier, Moussa Sissoko, Oliver Skipp, Gelson Fernandes and others battling for a starting berth, it promises to be a real scrap in midfield to determine who emerges as Mourinho’s preferred options in that department.

"I think there's a fantastic future ahead for the Club and I wanted so much to be a part of that." 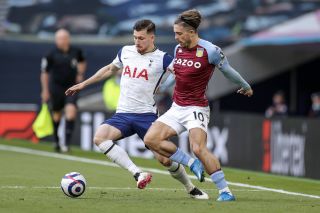 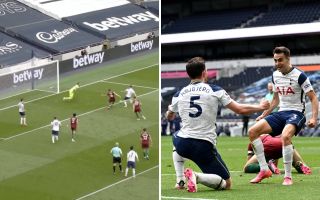