Although some Arsenal fans might be worried that they look a bit weak defensively next season, sometimes that can be countered by loading up on attacking talent.

In truth it would be a surprise if Mikel Arteta doesn’t address the defence in some way this summer, but all the latest stories are suggesting that an influx of attacking talent could be on the way.

Firstly Fabrizio Romano hinted that the deal to sign Willian is pretty much done, while Coutinho might not be far behind him:

Alexandre Lacazette is a player who’s often forced out of his natural position by the presence of Aubameyang, so he would make sense as a potential departure this summer.

Reports from Italy have suggested that Juventus are now looking at him, but Arsenal could also get Douglas Costa in return:

The key to Arsenal’s success has been Aubameyang, so if they can find a way to keep him at the club then their starting XI could be very exciting to watch next season: 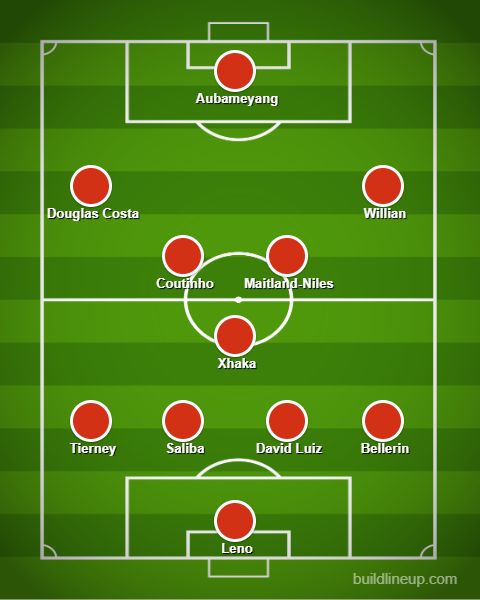 When you look at the team it’s really only David Luiz who has the ability to make the defence fall apart, so replacing him with an experienced yet competent defender could make that a solid unit.

If they can add a holding midfielder and an energetic all rounder who can do the running next to Coutinho, then that team looks capable of beating anybody.