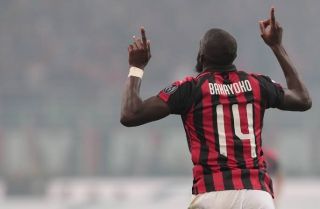 If we assume that finances will start getting back to normal in a year or two, it won’t be a surprise if many teams try to push transfer expenditure into the future in the hope it helps them win this season.

The best way of doing that is to complete transfers where the money isn’t paid for at least a year – so loans with an option to buy should become more common.

It doesn’t look like Tiemoue Bakayoko will get a chance at Chelsea next season, and AC Milan are looking to take him back again:

Chelsea’s negotiating position might depend on any interest from other clubs, but it’s hard to say if that would be a good move.

It suggests the buy out clause is optional rather than an obligation, so Chelsea could still be stuck with him next summer if Milan decide not to make it permanent.

At least it would give them a small fee and it gets him off the wage bill for another season, but you have to think a permanent exit would be the preferable option.

The report says that’s going to be the opening offer so it’s not clear if Chelsea will accept, but it will be interesting to follow this deal in the upcoming weeks.