Liverpool are reportedly in pole position to beat Chelsea to the transfer of Brazilian wonderkid Talles Magno this summer.

The Reds look to be in a strong position to sign Magno, who has really caught the eye with current club Vasco da Gama, performing well out wide or up front.

Liverpool are not expected to have a particularly busy summer after winning the Premier League title in convincing style this season, but they have shown in recent times that they’re ready to sign the game’s best young talent.

Magno looks like he fits into that category, and sources in Brazil state that big clubs like Chelsea, Barcelona, Real Madrid and AC Milan are also among his suitors.

The 18-year-old could move on the cheap, around £18million, and it seems his personal preference is to link up with Jurgen Klopp at Anfield. 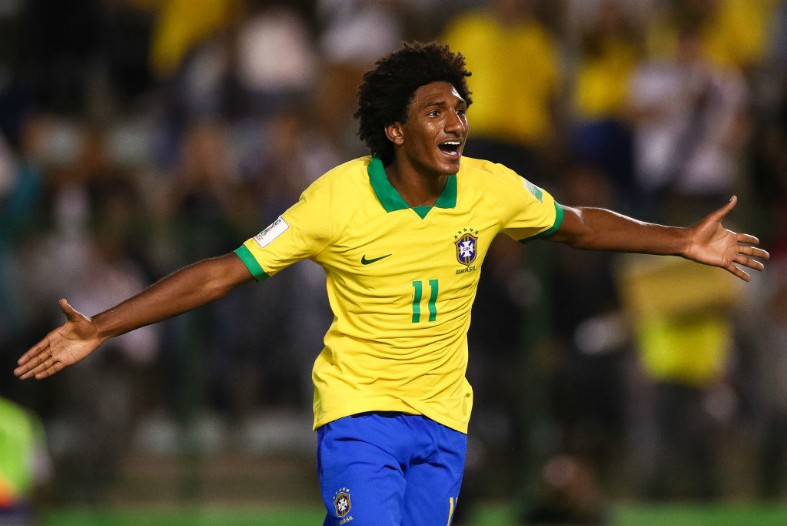 Talles Magno is expected to seal a transfer to Liverpool

LFC fans will be pleased to see their charismatic German manager is playing such a big part in helping lure transfer targets to the club.

Klopp has previously also proven important in persuading the likes of Virgil van Dijk and Alisson to choose Liverpool over rival teams.