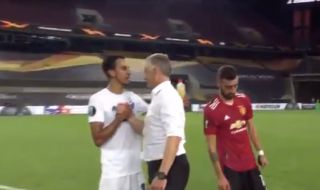 Manchester United fans will love this moment from after last night’s game against FC Copenhagen in the Europa League.

This was so wholesome ?? Zeca being a United fan and the first words coming out of his mouth is exactly most fans thoughts #mufc #UEL pic.twitter.com/kiX6SwL774

Zeca is clearly a Man Utd fan and will not be the only one pleased with how Solskjaer has improved this side since replacing Jose Mourinho.

The Norwegian tactician did well to steer the club into the top four this season when it looked unlikely for some time, and his team are now making good progress in the Europa League as well.