The highly-rated young England international has shone with the Hammers, but notably had a spell in Chelsea’s academy earlier in his career. 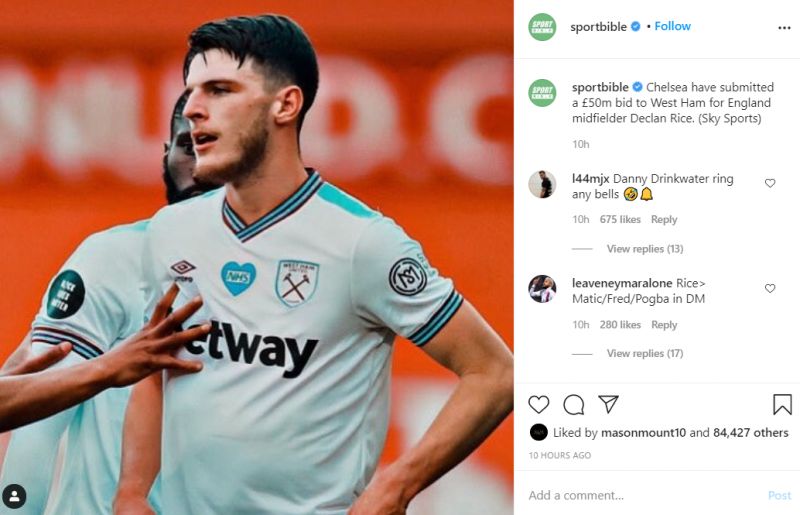 It seems Mount would welcome the prospect of Rice returning to Stamford Bridge, with the image above showing him liking reports of a £50million bid being made for the 21-year-old.

Chelsea could do with adding Rice as an option in defence or defensive midfield, but it remains to be seen how ready West Ham will be to let such an important player go.