According to the Telegraph (subscription required), Arsenal have identified Roma ace Amadou Diawara as a midfielder target ahead of next season.

It’s reported that the Gunners are keen on bolstering in the middle of the park, with this becoming a particular issue of focus since former maestro Mikel Arteta took the reins at the end of December.

The Telegraph claim that Arsenal’s talks regarding a transfer for Diawara are at a ‘very early stage’, with the Gunners yet to make a ‘formal approach’ to the Giallorossi for the 23-year-old’s services.

It’s added that Diawara is one of the alternatives to Arsenal’s prime target – Atletico Madrid anchor-man Thomas Partey, who holds a release clause of £45m.

The Telegraph note that Paulo Fonseca’s side aren’t interested in parting with the Guinean talent, who only joined from rivals Napoli for £19m last summer, leaving Diawara with four years left on his contract. 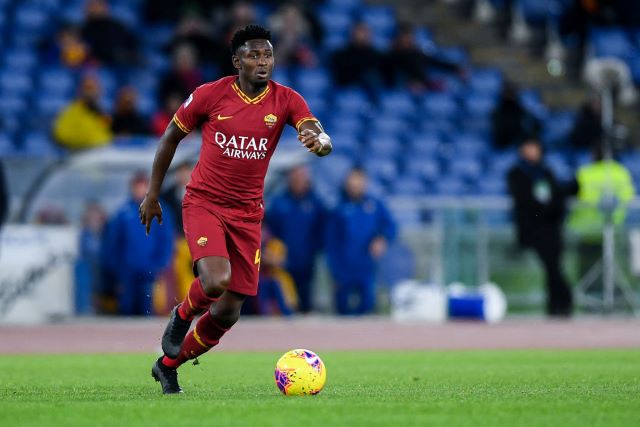 The Telegraph also cite Italian reports suggesting that Arsenal could look to land Diawara in a swap deal that would send Lucas Torreira to the Rome outfit.

With Matteo Guendouzi now out-of-favour and on the chopping block at the Emirates Stadium, as well no serious signs of a renewed loan – or even permanent deal for Dani Ceballos, Arteta’s midfield ranks are very much in limbo ahead of next season.

Diawara has made 30 first-team appearances in his debut season for Roma, the ace has looked encouraging but has had to deal with a couple of injury troubles over the campaign.

Arsenal do need an out-and-out defensive midfielder though, with the side’s defence still shaky for a team hoping to get back into the top four, a commanding presence is needed in front of the backline.