West Ham starlet Declan Rice will have raised some eyebrows after posing in a picture with Chelsea legend John Terry.

The 21-year-old has been linked several times recently as a target for the Blues, with the Times among the outlets reporting on the links.

MORE: Revealed: Premier League star “will be a Chelsea player”

Rice could be a fine signing for Chelsea, and their former captain Terry is clearly a big fan, judging from this post on Instagram…

Gary Neville singles out one Man United player who was to blame for Phil Foden goal for City
Video: Phil Foden gives Manchester City the lead against United with a clever finish
‘He won’t say no’ – Phil Hay thinks Leeds main man will leave the club

Terry jokes that they might have made a good defensive partnership, and now many Chelsea fans are reacting to the post.

See below for some reaction in the comments as a number of CFC supporters hail ‘Agent JT’, with many on Twitter saying the same thing… 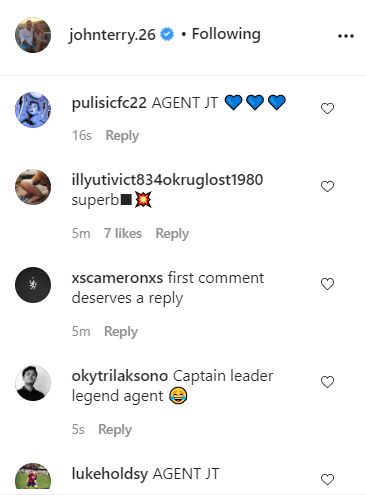