Arsenal star Mesut Ozil has aimed two major criticisms at the club over their handling of two big issues.

The German playmaker has opened up on his Arsenal situation in an interesting interview with The Athletic, making it clear to David Ornstein that he sees his future at the Emirates Stadium.

Ozil has long been a divisive figure at Arsenal, and it’s not clear if most fans will really be that keen to see him stay in north London at this point.

Still, the 31-year-old talks a lot of sense when it comes to other important issues, as he took aim at Arsenal for failing to back him when he spoke out against the treatment of Uighur Muslims in China.

Ozil clearly feels passionate about equality, and was disappointed that Arsenal felt they did not want to get involved in what they described as a political issue.

The Gunners and other clubs all vocally backed the Black Lives Matter movement, and rightly so according to Ozil, but he admits he doesn’t understand why the treatment of Uighur Muslims in China did not get the same response.

“Every human is equal,” Ozil told The Athletic. “It doesn’t matter what religion or colour you are — Muslim, Christian, Jew, black, white or anything else. We are all the same.

“What I said was not against Chinese people, it was against whoever is doing this to the Uighur Muslims and other people who are not helping them, such as other Muslim countries.

“I have given a lot to Arsenal, on and off the pitch, so the reaction was disappointing. They said they don’t get involved in politics but this isn’t politics and they have got involved in other issues.

“In America, we saw George Floyd killed and the world spoke up to say Black Lives Matter, and that is correct. We are all equal and it’s a good thing that people fight against injustice. There are a lot of black players and fans of Arsenal and it’s fantastic the club is backing them.

“But I wish people would have done the same for the Muslims because Arsenal have many Muslim players and fans as well, and it is important for the world to say that Muslim Lives Matter.”

Ozil also spoke out against player pay cuts at AFC, stating he feels the club handled it poorly and that perhaps his decision not to accept one was justified following the recent axing of 55 members of staff.

“As players, we all wanted to contribute,” Ozil said. “But we needed more information and many questions were unanswered.

“Everyone was fine with a deferral while there was so much uncertainty — I would have been OK to take a bigger share — and then a cut if required, once the football and financial outlook was clearer. But we were rushed into it without proper consultation.

“For anyone in this situation, you have a right to know everything, to understand why it is happening and where the money is going. But we didn’t get enough details, we just had to give a decision. It was far too quick for something so important and there was a lot of pressure. 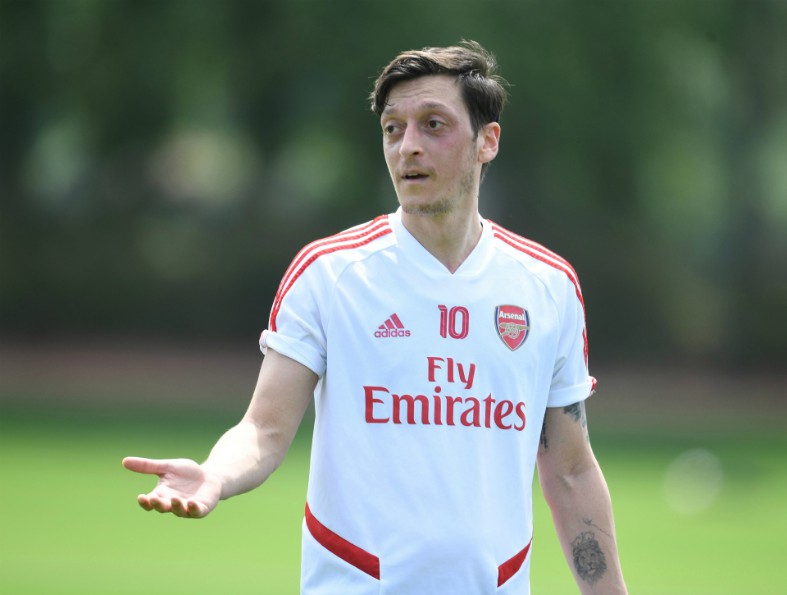 “This was not fair, especially for the young guys, and I refused. I had a baby at home and have commitments to my family here, in Turkey and in Germany — to my charities, too, and also a new project we started to support people in London that was from the heart and not for publicity.

“People who know me know exactly how generous I am and, as far as I’m aware, I was not the only player who rejected the cut in the end, but only my name came out.

“I guess that’s because it is me and people have been trying for two years to destroy me, to make me unhappy, to push an agenda they hope will turn the supporters against me and paint a picture that is not true.

“Possibly the decision affected my chances on the pitch, I don’t know. But I’m not afraid to stand up for what I feel is right — and when you see what has happened now with the jobs, maybe I was.”