After Arsenal announced the free transfer capture of Willian on a three-year deal this morning, Mikel Arteta has set out the kind of impact the Brazilian can have to club’s official website.

Arteta firmly believes that the 32-year-old can make a ‘difference’ for the Gunners as the Spaniard gears up for his first full season in charge of the side he used to captain.

Arteta was also clear that Willian being a proven winner is exactly why he’s the ideal character for the north London outfit, the winger won five major honours during his seven-year spell with rivals Chelsea.

The Gunners boss also added that Willian is the type of ‘character’ that the Gunners need to reestablish themselves as a top side, after years of the squad’s mentality and toughness being questioned. 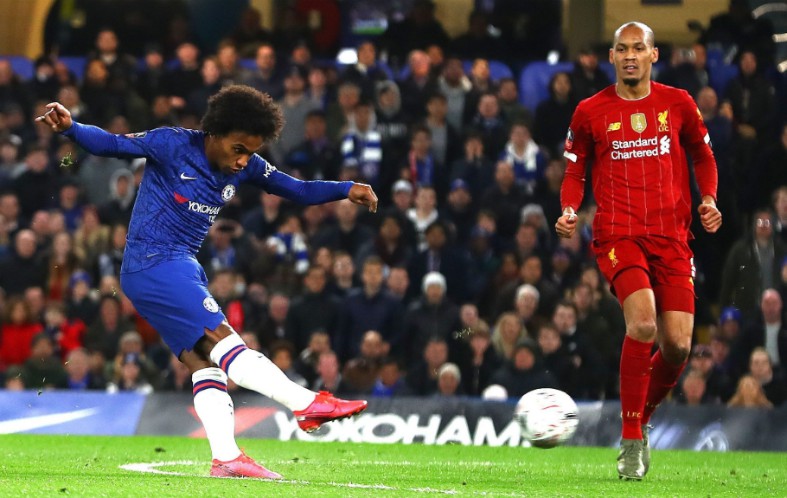 Willian in action for Chelsea against Liverpool

Here’s what Arteta had to say on the recruitment of Willian:

“I believe he’s a player that can really make a difference for us,”

“We have been monitoring him for the past few months, we had a clear intention to strengthen in the attacking midfielder and the winger positions [and] he is a player that gives us a lot of versatility, he can play in three or four different positions.”

“As well he brings a lot of quality and something that we need, which is winners.”

“He has the experience to win almost everything in the football world but still the ambition to come here and contribute to bring the club where it belongs.”

“It is many of his qualities [that appeal]. One is his ability to play in those tight spaces, his ability to play people through, to unlock, to drive with the ball and create overloads, he is a goal threat as well both in open play and with set pieces.”

“Again, it is the character that I want, the kind of player that when things get difficult in the game that wants to take responsibility, wants the ball and wants to win the game for the team and I think it is going to be a really good lift for all the players as well in terms of the quality we are bringing to the squad.”

Arteta has made it abundantly clear with his comments that the targets for Willian will be to get the club back where it ‘belongs’.

Willian showed no signs of slowing down this season with fine performances under the management of former teammate Frank Lampard, with 11 goals and nine assists across all competitions.

The fact that Willian is by no means past it just yet was highlighted by the ace’s solid performances since English football restarted, with the wide man bagging five goals and four assists over this period.

Arteta did also state that he sees Willian as someone that can play ‘three or four different positions’, hinting that the Brazilian may be deployed outside of his usual winger role with the north London outfit.