With a maximum of two games still to play in the 2019/20 season, Manchester United still have everything to play for.

Their domestic season finished in the best possible way as Ole Gunnar Solskjaer’s side were able to win enough points to qualify for next season’s Champions League tournament.

Before the Old Trafford-based outfit can even begin to contemplate how well they’ll do in the 2020/21 domestic and European campaigns, however, they have the small matter of the Europa League to try and win.

Into the semi-finals, they are up against Sevilla, a team who have dominated the competition over the last decade.

Julen Lopetegui’s side will represent tough opposition for the Red Devils, but assistant coach, Mike Phelan, is in no doubt what United must do.

“It’s very important to show, at the end of the season, all the hard work you’ve put into it and that is usually done with silverware,” he told MUTV, cited by the Daily Mail.

“We feel as though we’ve come a long way in a short space of time and I think everything is developing in the direction we want it to and that’s really good from our point of view.

“We felt as though we had a lot of work to do and the time we had to do it in, and we feel as though we’re in front of that a little bit.

“We know where we want to be. We’re not there yet, but I think getting to three semi-finals and finishing third was terrific, but it’s not the be all and end all.

“You need to show something, which is a trophy at the end of a season if you possibly can. But I think we’re on the right track.” 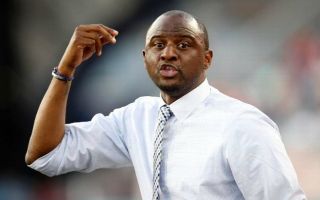 If they were to end the current season with a trophy, it would surely be a just reward for all of the effort that the coaching staff and players have put in, particularly over the second half of the season.