According to Goal Brazil, Real Madrid have verbally agreed to loan out wonderkid Reinier Jesus to Borussia Dortmund, with the deal set for an initial year with the option to extend by a further season.

Goal add that the loan contract is actually already signed, it seems as though an official announcement from both clubs is now a formality.

Goal report that Bayer Leverkusen were the favourites to take on the 18-year-old, with Reinier even being urged to move there by Brazil Under-23s teammate Paulinho.

However, Leverkusen’s focus on the future of superstar Kai Havertz has seen Dortmund swoop in and secure the addition of Reinier.

It’s suggested that Los Blancos see German football as ideal at this stage of Reinier’s career, the ace arrived in January from boyhood club Flamengo for €30m and first-team chances are rare at Madrid. 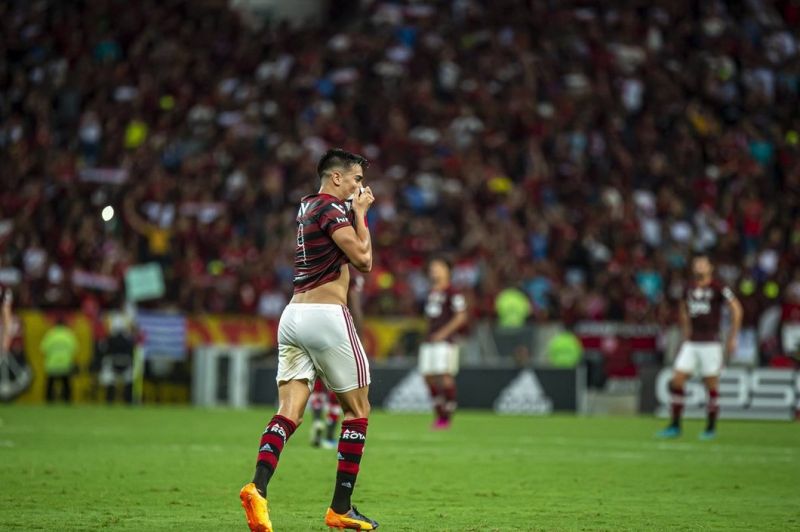 Reinier starred for Flamengo before his move to Real Madrid.

Reinier is yet to make his senior competitive debut for Los Blancos, injury struggles have limited the talent to just three outings for Madrid’s B team (Castilla), with Reinier bagging two goals and an assist.

Mundo Deportivo report that the attacking midfielder has been training with Los Blancos’ first-team since the restart, which is of course a good sign and will have geared him up slightly for senior football.

Reinier primarily features as a central attacking midfielder, Dortmund play some of the most attractive attacking football in Europe so they’re an ideal destination for the starlet.

Reinier will be around fellow young stars like Erling Haaland, Jadon Sancho and Jude Bellingham – Lucien Favre’s side have the perfect environment for developing young talent.

Zinedine Zidane will be hoping that Reinier can get some valuable first-team experience out on loan that will hold him in good stead when it’s time to step up and be an important player for Los Blancos.