Chelsea striker Tammy Abraham is staying sharp it seems as he’s been busy training with Mason Mount and showing off his first touch with a lovely bit of control.

The Blues saw their season come to an end last week when they exited the Champions League, and so now they will continue preparations for the new campaign with a short turnaround this summer.

SEE MORE: When football fans could return to stadiums with lockdown measures set to be eased

Abraham and Mount are seemingly ticking over this month with the Premier League season set to start on September 12, and it looks as though the former is still on it.

As seen in the video below, Mount hammers a ball into the sky and Abraham shows that he certainly has a first touch as he controls the ball with minimal effort.

The comments on the video show that many Chelsea fans were impressed, but ultimately they’ll be hoping that he can build on his tally of 18 goals in 47 games last season to fire the Blues towards winning trophies. 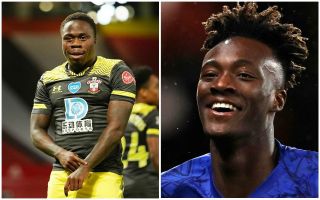