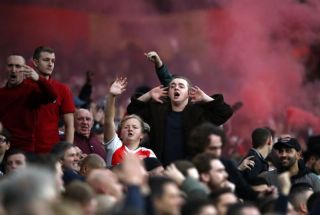 Arsenal’s new signing Willian once sang about hating arch rivals Tottenham Hotspur after his former side Chelsea won the Premier League in the 2016-17 season.

Willian, 32, who joined the Gunners on a free transfer earlier this month from rivals Chelsea, as per Sky Sports, was caught on camera during his former club’s title celebrations three years ago joining fans in signing ‘He hates Tottenham, he hates Tottenham.’

Arsenal fans will love the fact their new signing shares a common Premier League enemy as Gunners manager Mikel Arteta looks to unleash his new signing in a more creative role ahead of next season, as per The Mirror.

Willian singing ‘HE HATES TOTTENHAM’ with the Chelsea fans after winning the Premier League! ?@willianborges88 pic.twitter.com/QKAJBVfYDf