Arsenal and Manchester United may want to take note of the latest Barcelona transfer news following their humiliating Champions League exit this week.

The Catalan giants were thrashed 8-2 by Bayern Munich in a result that sent shock-waves around Europe, and signalled that the club are very much in need of big changes this summer.

According to Sport, Barcelona will now consider a huge clear-out, with only four players considered untouchable in their entire squad.

This could be good news for Arsenal as they’ve recently been strongly linked with Philippe Coutinho by another report from Sport (print edition), as translated by Sport Witness.

The Gunners could do with adding the Brazil international, who rather ironically scored twice for loan club Bayern against parent club Barca in the game this week.

Coutinho has shown he could surely still do a job for a club like Arsenal, but it’s little surprise he’s not wanted any longer at the Nou Camp after his lack of impact during his time there.

Also leaving could be Ivan Rakitic, who was recently linked with Arsenal by Le 10 Sport, though the story hasn’t developed much since then.

The Croatia international remains a quality player, however, who could surely provide Mikel Arteta with an upgrade on the likes of Matteo Guendouzi and Lucas Torreira in the middle of the park. 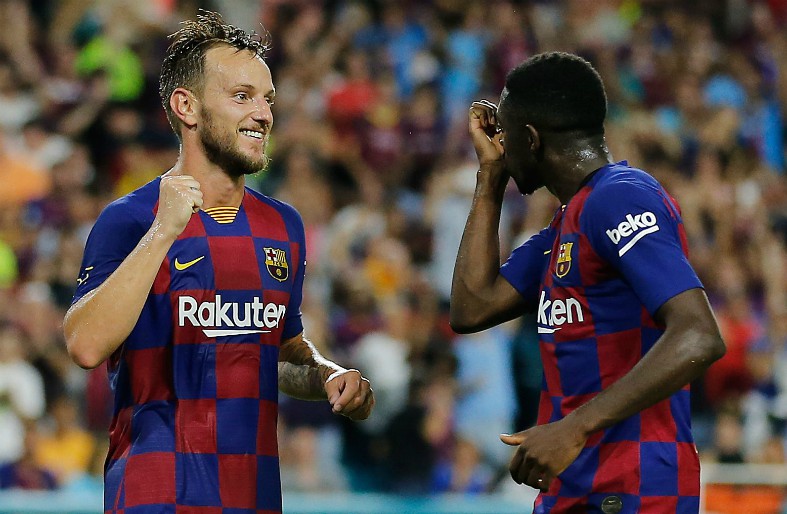 Could these two be leaving Barcelona this summer?

Finally, Man Utd have been linked with Barcelona misfit Ousmane Dembele by ESPN, who claim they see him as a potential alternative to Jadon Sancho.

Sport’s report would suggest the Frenchman is another player who can leave Barca this summer.

There’s no doubt Dembele has flopped in his time in La Liga, but he has previously looked an elite talent in the making and could be just what’s needed at Old Trafford if he can get back to his best.