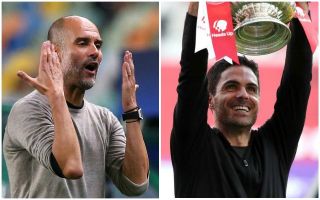 Manchester City have been found wanting in the Champions League once again, with Pep Guardiola continuing to under-achieve in this competition in his post-Barcelona days.

City were beaten 3-1 by Lyon last night to seal a hugely disappointing season at the Etihad Stadium, with the club managing just one trophy – the Carabao Cup.

MORE: Bad luck, or over-thinking? How Pep Guardiola lost his touch in the Champions League after latest Man City setback

While any trophy is a trophy, that’s not really the kind of silverware City will have had in mind following their huge investments in the transfer market in recent times.

Guardiola’s side were comfortably beaten by Liverpool in the Premier League title race, and now they’ve missed out on one of their top targets with another season of failure in Europe.

City also suffered a surprise defeat to Arsenal in the FA Cup semi-final, with Guardiola knocked out by his former assistant Mikel Arteta.

Remarkably, since Arteta left Manchester to take charge of the Gunners, he’s lost fewer games than his old boss. 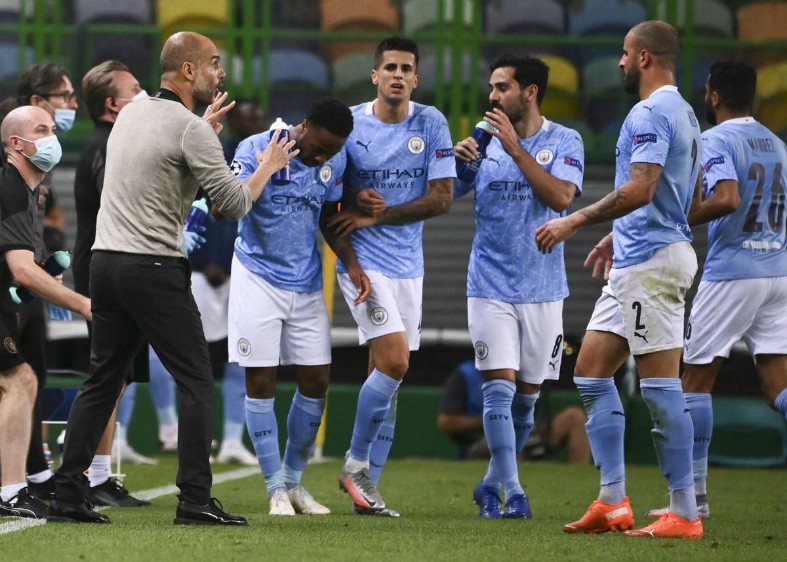 Manchester City were knocked out of the Champions League by Lyon

City’s defeat to Lyon means they’ve been beaten eight times since Arteta’s departure, whereas Arsenal have lost just six matches under the Spaniard in total.

Arteta will have taken great satisfaction in beating Guardiola at Wembley before going on to beat Chelsea in the FA Cup final as well, and there’s no doubt Arsenal fans will be feeling pretty smug about this.

Their young manager was highly rated for his work alongside Guardiola at MCFC, and it may well be that the club are badly missing him, with this comparison really highlighting how badly things have gone for them since then.