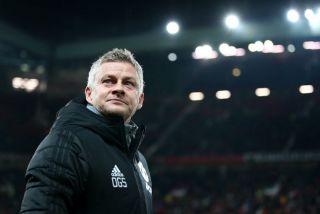 Manchester United manager Ole Gunnar Solskjaer has urged the club’s board to spend as negotiations for number-one target Jadon Sancho are ongoing.

According to the Evening Standard, Solskjaer has told the United hierarchy that he wants his top-four side transformed into title challengers next season.

Sancho, 20, is still the Norwegian’s number-one summer target but it is understood that Solskjaer is also keen to strengthen the side’s midfield and defence.

The Reds are set to face-off against Spanish side Sevilla later today with a place in this year’s Europa League final up for grabs.

Speaking ahead of the crucial clash, the boss has warned the United board that the club will risk going backwards if money is not spent this window, Solskjaer said: “It’s a race. You can see teams building. We’re always looking at the squad and player logistics.

“It is definitely about quality – and it is going to cost money to get in players who are better than the ones we already have.

“We still have a way to go to get to the level of the teams at the top of the Premier League. They are too far ahead of us.

“We are still growing, getting better of course, but we are not the finished article. Nowhere near.”

Solskjaer is understood to believe Sancho could be a United world beater and is keen to hand the 20-year-old the infamous number seven shirt should he finally make the switch to Old Trafford.

United are believed to be locked in negotiations with Borussia Dortmund for the young Englishman with the German club’s £108m valuation and agency fees proving the be the trickiest hurdles to get over in the race to land the winger before the window slams shut.