According to the Athletic (subscription required), Arsenal have completed the signing of midfielder Tim Akinola on a free transfer.

The Athletic report that the Gunners are targeting recruitments that can bolster their academy sides in the short-term as well as boast the potential to play first-team football in the future.

Akinola was released by Championship outfit Huddersfield this summer with the Terriers having too much competition in central midfield in their academy ranks.

Whilst a departure from a respectably much lesser side in the Yorkshire outfit may ring alarm bells with some supporters, this means that the Gunners have been able to sign Akinola on a free transfer.

The Athletic add that Arsenal signed the 19-year-old without even inviting him for a trial as they were so impressed with video footages of the English-Nigerian.

Akinola’s arrival comes after the Gunners recruited promising Rwandan-Norwegian talent George Lewis for their youth sides, take a look at the winger in action here.

The Athletic add that Arsenal are somewhat revamping their youth development system, with the Gunners eyeing these kind of low-cost talents in a bid to follow the example of rivals Chelsea, who have made serious profit from the sales of youngster and also boast a first-team full of academy graduates.

It’s added that Akinola used to be a winger but has shown promise now that he’s transitioned into a central midfielder because of his impressive physical qualities.

Akinola has also been on the books of Mansfield and Lincoln City, with the ace also experiencing a loan spell with lower league side Lincoln United. 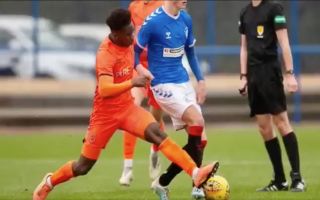