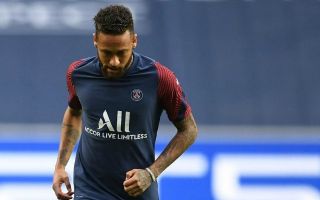 Barcelona are reportedly ready to target the return of Neymar once again this summer following their Champions League humiliation.

It’s been a difficult season for the Catalan giants, who surrendered their La Liga title to rivals Real Madrid before being absolutely hammered 8-2 by Bayern Munich in the quarter-finals of the Champions League.

Neymar has been the subject of much transfer speculation ever since he left Barcelona for Paris Saint-Germain three years ago, and it seems his name could dominate the headlines once again this summer.

According to Sport, Barca are ready to try again for the Brazil international and will try offering Antoine Griezmann to PSG as part of the deal.

This could be ideal for Barcelona, with Griezmann not fitting in well at the Nou Camp in his first season, though he surely remains a big enough name to tempt a club like PSG.

The Ligue 1 giants are preparing to take on RB Leipzig in their Champions League semi-final this evening, so could do without this kind of distraction surrounding their star player.

A Barcelona return for Neymar could be crucial for the club amid their struggles at the moment, with the 28-year-old perhaps now ready to replace the ageing Lionel Messi, whose own future is in doubt, according to the reliable Marcelo Bechler…