According to TuttoMercatoWeb via Italian newspaper La Stampa, Juventus chief Fabio Paratici will travel to London to discuss a move for Arsenal star Alexandre Lacazette.

La Stampa claims that the Juventus shot-caller is on the way to hold talks over a several moves as the Turin outfit look set to shape up their squad following the appointment of legend Andrea Pirlo as boss.

It’s reported that Paratici will discuss a potential move for Roma starlet Nicolo Zaniolo, as well as the potential signature of either Gunners forward Lacazette or Wolves talisman Raul Jimenez.

A possible fee hasn’t been reported and it would be interesting to see what Arsenal would command for the Frenchman, who they signed for a then club-record amount of £46.5m in 2017, as per BBC Sport. 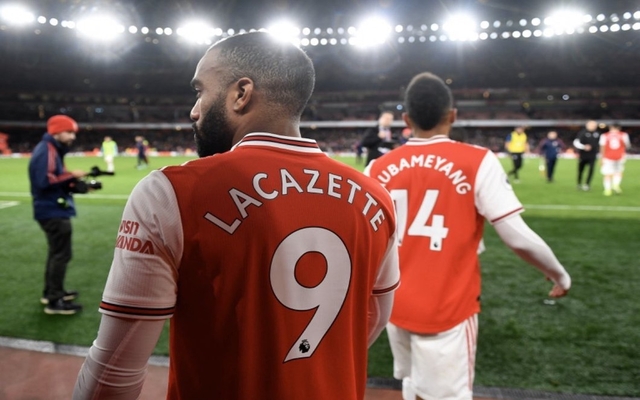 Lacazette has formed a dangerous strike partnership with Pierre-Emerick Aubameyang.

With Lacazette’s contract expiring in the summer of 2022, there certainly should be some cause for concern over the striker’s future, speculation will run rife unless a new deal can be agreed.

Lacazette has forged a dangerous partnership with Pierre-Emerick Aubameyang at the Emirates Stadium, with the prolific Gabon international joining the Gunners six months after he did.

29-year-old Lacazette has contributed 12 goals and seven assists in his 39 appearances this term, with the Frenchman the ideal option to field alongside a pure scorer like forward partner Aubameyang.

Considering how Lacazette’s play usually sparks better performances from the attackers around him, it would be interesting to see if Mikel Arteta would consider the ace’s sale as Juventus come calling.

Lacazette has bagged 48 goals and chipped in with 25 assists in 127 appearances for Arsenal.