Former Premier League star Paul Ince has made a bit of a fool out of himself in response to the news that Manchester City want to build a statue for departing club legend David Silva.

The veteran Spanish playmaker recently left City for a move to Real Sociedad, and Ince feels it would be going a bit far too build this monument to one of the club’s greatest ever players.

To back up his argument, Ince said he doesn’t see statues of legendary duo Dennis Bergkamp and Thierry Henry outside Arsenal’s stadium.

The problem is, there are statues of both Bergkamp and Henry outside Arsenal’s stadium.

Discussing the matter on BT Sport, as quoted by the Independent, Ince said: “When you look at the Henrys, the Bergkamps, [Silva’s] up there. But I don’t see a statue of Henry or Bergkamp outside Arsenal.”

This will no doubt amuse City fans and indeed most other football fans, with Ince the latest pundit to make a fairly obvious mistake despite being paid very good money to offer his opinions and analysis on footballing matters.

Advice for Paul Ince: "A wise man once said nothing at all." https://t.co/u7U0foN2Ud pic.twitter.com/UdPcdgN7yt 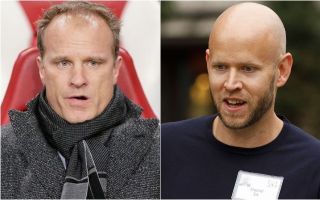