You’ll probably find few neutrals cheering Paris Saint-Germain on in tonight’s Champions League semi-final against RB Leipzig, but like it or not, this is a team going places.

Thomas Tuchel’s side play some stylish football through the world class talent of the likes of Neymar and Kylian Mbappe, but they also showed guts and determination to seal a late comeback win over Atalanta in the quarter-final.

PSG will now surely be among the favourites to finally go all the way in this competition, so we spoke to Ed of PSGtalk for some insight into what may well be the biggest game of his club’s history this evening…

A simple question to start with, Ed – is this semi-final the biggest game in PSG’s history?

It’s certainly the biggest game in the Qatar Sports Investments era. Since QSI took over the club and invested heavily, the Champions League is the only competition in which PSG are judged upon. No amount of Ligue 1 or Coupe de France titles will justify the amount spent on this squad so it’s Champions League or bust. In terms of the biggest game in the history of the club, there was the 1995-96 UEFA Cup Winners’ Cup win over Rapid Wien. That’s the biggest European trophy the club has ever won so some could argue that the final is bigger than Tuesday’s semi-final. There was also the last matchday of the 2007-08 Ligue 1 season. PSG faced FC Sochaux and managed to avoid relegation with a late game-winning goal. If PSG were relegated, maybe QSI doesn’t buy the club a couple of years later. If you’re asking for my opinion, I’m going to have to agree with the club’s former sporting director and say the match against Leipzig is the most important in club history.

Will the manner of the win over Atalanta prove to be a turning point in terms of the mentality of this team?

For those who have been paying close attention to PSG this season, what happened against Atalanta had been coming. Against Real Madrid in the group stage of the Champions League, PSG battled back from 2-0 down at the Santiago Bernabeu to finish 2-2 and that was with Neymar starting on the bench. Against a lesser opponent, Amiens SC, PSG went down 3-0 in the first half and by the full 90 minutes, the match finished 4-4. Furthermore, everyone counted PSG out when they lost the first leg of the Round of 16 to Borussia Dortmund 2-1 but they won the return match 2-0 inside an empty Parc des Princes with Kylian Mbappe coming on as a substitute due to an illness. What happened against Atalanta cements this new mentality in the squad where the players will not lower the head and give up before the final whistle no matter what the score is. 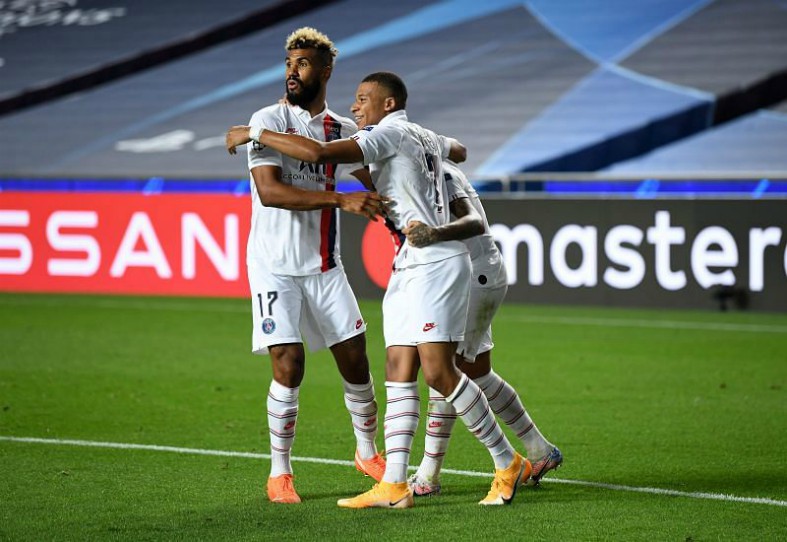 Neymar has a bit of a bad rep amongst neutrals these days, but how do most PSG fans view him now following the transfer saga of last summer?

I’ve heard! Apparently, he’s the only footballer who embellishes a tackle or throws a lavish party. You never see overpaid players diving in the Premier League or other leagues…but I digress. Before the season kicked off, most fans wanted him out of the club. He hadn’t delivered in the Champions League when it mattered (due to injury) and him pushing for a transfer back to Barcelona was the last straw. However, now that the season has played out, I can say that most fans have warmed back up to Neymar. His play on the pitch has been exceptional and off the pitch, he’s been very professional. He appears to enjoy being around his teammates, especially Mbappe, and living in Paris. Right now, PSG fans are getting the Neymar they hoped to have when the club paid the world-record transfer fee in 2017 and if you took a poll, I think you would find most fans want him to sign an extension beyond 2022.

There are so many world-class players in this side, but who do you think will be the most important against RB Leipzig?

Kylian Mbappe is the easy answer here. We saw him completely change the game against Atalanta when he came on in the 60th minute and I expect him to be able to play a full 90 minutes against Leipzig. If you’re looking for another player who will have a big impact, I believe it will be Angel Di Maria. He was suspended against Atalanta and he’s no doubt itching to get on the pitch again after a stellar season where he led Ligue 1 in assists. Look for Di Maria to create multiple scoring chances for Mbappe and Neymar throughout the match.

Do you sense that the early ending of the Ligue 1 season has benefited both PSG and Lyon in the Champions League?

Absolutely not. In fact, if PSG or Lyon win the Champions League, it might be the most impressive achievement in the history of the competition. These two teams didn’t play for five months and only had a handful of matches to get ready for this single-elimination competition. There’s a reason why teams play summer tournaments and friendlies before the start of a season. When Ligue 1 cancelled its season, many wrote off PSG in the Champions League because the teams they could potentially play would be match fit and in rhythm. It’s too late to reverse that thinking now but its a nice narrative for the media to use to try and discredit what PSG and Lyon have done so far.

Lyon’s win over Man City certainly surprised fans in England. How do you rate them as a team and should they be considered contenders to go all the way?

I predicted Lyon would defeat Manchester City on our podcast because despite finishing 7th in Ligue 1, Lyon is much better than that. They have fantastic players (some who will probably be in the Premier League next season) and we recently saw how difficult they are to score against when PSG had to go to penalty kicks to win the Coupe de la Ligue. With that win, PSG denied Lyon European football, so, heading into the match against Manchester City, they had nothing to lose and everything to gain. That said, I don’t fancy them against Bayern Munich but I don’t think they’ll get thrashed 8-2 as Barcelona did either.

If PSG can win this competition, or even if they slip up, there’s bound to be speculation about Neymar and Mbappe again this summer – what do you think the future holds for them?

You mean WHEN PSG win this competition, right? I don’t think we are bound to hear speculation about Neymar or Mbappe this summer. Mbappe has already stated publicly he will be with the club for its upcoming 50th anniversary season. Neymar hasn’t made a statement but let’s assume he did want to leave, who can afford him? Barcelona may want him but they’re a dumpster fire and I think it’s about time Neymar gets some credit for reading the writing on the wall there and getting out when he could. A Champions League title would make the eventual departure of Mbappe much easier for fans to take. He would have delivered the biggest trophy in club football and he’s already won everything in France. If he left in the summer of 2021, everyone would understand his decision. The same goes for Neymar, if he left next summer or when his contract expired, one Champions League trophy would make the journey worthwhile. I will say though, don’t be surprised if both sign an extension to stay at PSG. They’re friends and compliment each other on the pitch. PSG can pay them what they want and build a team around them. Where else can they get that?

Neymar in action for PSG in the Champions League

From the outside, many fans probably just view Thomas Tuchel as having an easy job with so many good players, can you give us more of an insight into his tactics and the impact he’s made at PSG?

Oh boy, are fans on the outside woefully mistaken. Thomas Tuchel has the most difficult job in football. He’s literally only judged on his performance in the most difficult competition in club football. He has to manage all of the personalities and media attention, too. Mbappe, who is as professional as it gets, got into two altercations with Tuchel on the sideline because he had the audacity to sub him out early in matches that were already put away. That said, Tuchel is a tactician in every sense of the word. He doesn’t necessarily have a single method like Diego Simeone who is ultra-defensive. Tuchel can adapt to the team he’s playing and the players he has available. This season, we saw Mbappe, Neymar, Mauro Icardi, and Di Maria all play upfront at the same time. Against Leipzig, I expect Icardi will sit and we could see a traditional 4-3-3 as Tuchel played against Atalanta with Di Maria, Mbappe, and Neymar leading the attack.

And finally – a score prediction for the Leipzig game please!

Do I have to? OK, fine. Let’s go with 2-1 to PSG with a late winner from Neymar. Absolute scenes!