According to Goal, former Manchester United forward Louis Saha has told the Football Index Podcast that the Red Devils are ‘missing a trick’ by not signing Edinson Cavani this summer.

Cavani is available on a free transfer after leaving Paris Saint-Germain, with Goal adding that the centre-forward is in talks to join Portuguese giants Benfica.

Cavani dropped into a minimal role this season following the arrival of Mauro Icardi at PSG, the Uruguayan still managed to score seven goals and provide three assists in 22 appearances.

Saha, who was with the Old Trafford outfit for 4 years, believes the man nicknamed ‘El Matador’ would be the ‘best fit’ for Ole Gunnar Solskjaer’s side this summer.

Would Edinson Cavani do a job in the Premier League at his age?

Here’s what Saha had to say on the experienced talisman:

“I think Manchester United are missing a trick by not signing Edinson Cavani this summer,”

“I’ve followed him for many years and I’m gutted there doesn’t seem to be an interest there. For me, Cavani would be the best fit this summer.”

“Cavani has a great eye for goal and his leadership would be a great asset. He has qualities that are very difficult to find on the transfer market.”

Cavani was a massive player for Paris Saint-Germain, the South American striker played a key role in the side establishing themselves as France’s powerhouses, winning 21 trophies in seven years.

Cavani is as prolific as they come, El Matador has scored 391 career goals for club and country, as well as chipping in with a further 66 assists.

As much as Saha thinks the 33-year-old would be fine recruit for the Red Devils, Cavani doesn’t fit the profile of young players that Solskjaer usually targets, Anthony Martial is also growing into the role as the side’s No.9 with some fine performances. 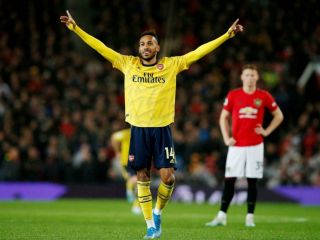 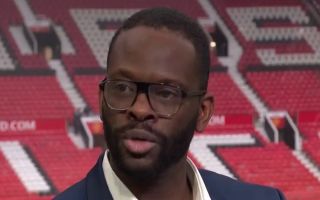