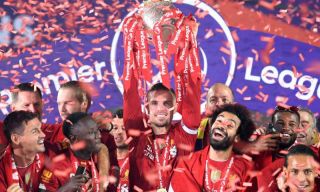 The fixtures for the 2020/21 Premier League campaign will be officially announced on Thursday morning at 9am (UK time) as sides up and down the top flight prepare for the new season.

Following the lockdown due to the coronavirus pandemic, this past season was pushed back deep into the summer and has finished much later than anticipated.

That in turn has had a knock-on effect for the new season, and as a result the dates have been shifted as the wait has gone on to determine who will face who on the opening weekend and beyond.

As per Sky Sports, the 2020/21 campaign will run from Saturday, September 12 to Sunday, May 23, 2021 and fixtures will be confirmed on Thursday morning to determine who faces who and when.

The Community Shield will be on the line on August 29 as Liverpool will face Arsenal, while the Champions League and Europa League will get underway on October 20.

As for the Carabao Cup, the first rounds will begin in September with Premier League clubs entering on September 15/16, while the third round of the FA Cup will commence on January 9, 2021.

It promises to be another gruelling season for many, especially for those looking to compete on multiple fronts moving forward, while Leeds Utd, West Bromwich Albion and Fulham will be itching to get back to action after they secured promotion from the Championship last season.

Clubs will continue to get a chance to strengthen their respective squads for some time, with the transfer window running from July 27 to October 5.

It promises to be a fascinating year, while it remains to be seen when fans are given the green light to return to stadiums as that will be expected, perhaps in stages, as the season progresses.