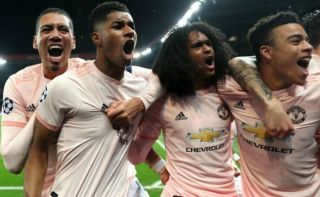 Manchester United defender Chris Smalling may reportedly have been given renewed hope of getting his transfer to Roma.

According to the print editions of Italian papers Gazzetta dello Sport and Corriere dello Sport, as translated by Sport Witness, it looks like there could now be progress made on a loan with the option of a compulsory purchase at the end of it.

Smalling has impressed on loan at Roma in 2019/20 and it would make sense for all involved to get a permanent deal or loan extension done.

The England international struggled at Man Utd before his stint at the Stadio Olimpico, so the club will surely want him off their books and would benefit from raising funds from his sale.

Smalling himself will also surely feel like continuing his time at Roma as it looks to have revived his career, while the club will no doubt also be keen to strengthen their defence after seeing what he can do for them.

United spent big on Harry Maguire last summer but could perhaps do with selling Smalling to make way for further new signings in that position.

Maguire has not been at his best, and it looks like Ole Gunnar Solskjaer would do well to find a better partner for him as Victor Lindelof and Eric Bailly haven’t looked like ideal options.