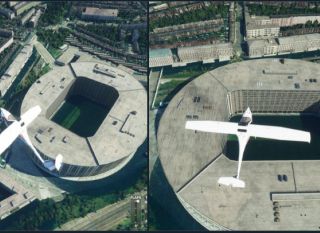 If you’ve seen some of the images coming out from people using Microsoft’s Flight Simulator then some of the detail is truly incredible, but clearly they haven’t managed to capture everything perfectly.

From a distance a lot of things look good, but someone has got closer to The Emirates Stadium and this is an interesting observation:

Tottenham fans always say the @Arsenal Emirates stadium is like a library, and now Microsoft has turned it into one in Flight Simulator? pic.twitter.com/pxv6wVwJDR

If anything it looks more like the bizarre stadium in Harry Potter in the scene where they have the Quidditch World Cup final, but this is extremely eerie to look at if nothing else.