According to Goal, there is wide interest in Liverpool midfielder Marko Grujic, with the Reds set to sell the 24-year-old this midfielder after successful loan spells away from the club.

Goal report that Hertha Berlin, the side that Grujic has impressed whilst on loan over the last two seasons, are the frontrunners for the Serbian’s signature.

It’s added that Hertha would like to re-sign the ace on a third successive loan deal, which would include an obligation to buy, but Liverpool want to secure an outright permanent transfer for Grujic this summer.

Goal claim that the Premier League champions value the central midfielder at £20m, Liverpool aren’t likely to have to give into Hertha’s demands due to the wide interest in Grujic though.

The report states that Bundesliga sides Eintracht Frankfurt and Borussia Monchengladbach are keen on the ace, as well as Premier League duo Crystal Palace and Aston Villa, alongside Italian outfit Atalanta. 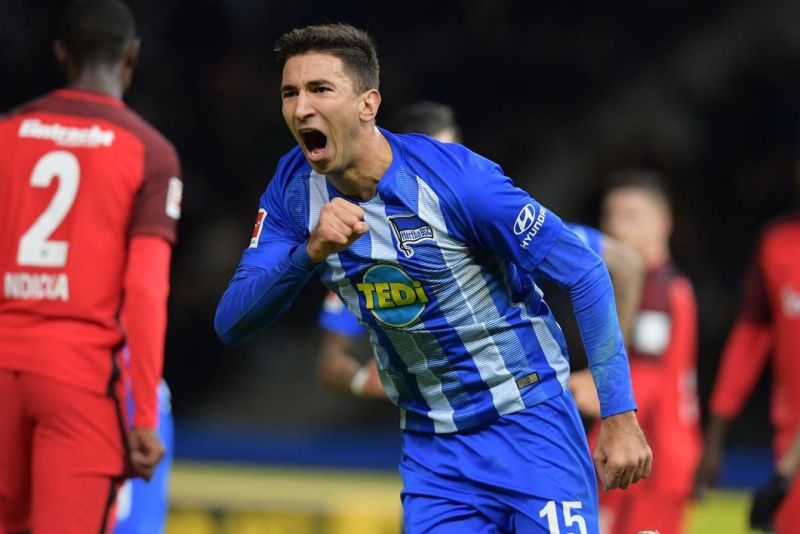 Grujic will be remembered as Jurgen Klopp’s first signing as Liverpool boss in January 2016, the ace turned in some promising displays when starting out at the club before being sent out on loan.

The Serbian helped Cardiff achieve promotion to the Premier League in 17/18, and has since impressed at Hertha over two seasons, which have seen the midfielder make 54 appearances.

Grujic is certainly a very valuable central midfielder as he has an eye for goal, with nine and three assists during his time with the German outfit.

Grujic has helped Hertha achieve 11th and 10th placed finishes, he’d be an ideal signing for the club if they’re serious about kicking on to the next level in the near future.

Goal report that the Serbia international is expected to play in Liverpool’s pre-season friendly against Stuttgart this Saturday.

The six players that Liverpool are set to offload in the summer to raise transfer funds June 17, 2020 22:13
Liverpool FC

Video: Liverpool loanee shows his class with an outside of the foot volley to put Hertha Berlin in front vs Leipzig May 27, 2020 17:50
Liverpool FC