According to Spanish publication AS, Real Madrid could net double Takefusa Kubo’s €2.5m loan fee as a result of performance-related bonuses that were part of the agreement to send the ace to Villarreal.

AS report that Villarreal are also paying the Japanese star’s wages in full as part of the season-long deal, it’s reported that the bonuses relate to several different things.

It’s claimed that the 19-year-old’s playing time is factor, Villarreal’s progress in the Europa League and Copa del Rey, as well as if the side finish in the top four and quality for the Champions League.

AS report that Los Blancos are confident that they will net a total of at least €4m from the deal, with these objectives clearly seen as realistic and achievable by the La Liga champions. 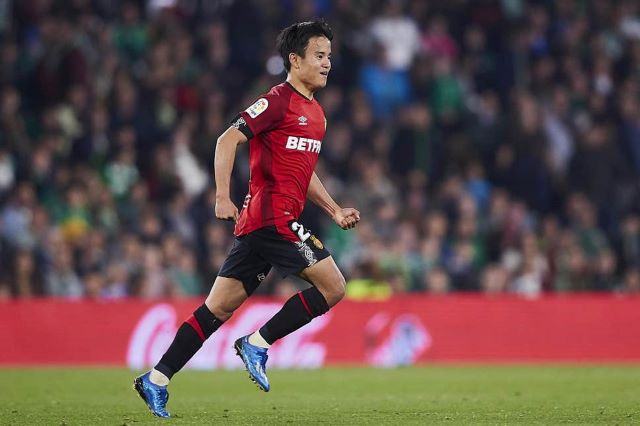 Insisting on such terms is a smart move by Zinedine Zidane’s side, who were only wishing for an outright fee of €2-3m before Bayern Munich made an approach for Kubo.

Kubo has established himself as one of the Spanish top-flight’s most exciting talents after his exploits in his debut senior season whilst out on loan at Mallorca.

As well as the ace’s obvious talent, Kubo being Japanese also make the ace very valuable, with Villarreal already receiving a boost in followers across social media following the youngster’s arrival.

Kubo, who has already won 7 caps for Japan’s senior team, has the potential to grow La Liga, Real Madrid and any other club he represents in a very lucrative international market.

Kubo impressed in his first La Liga campaign whilst out on loan at Real Mallorca, the attacking midfielder scored four goals and chipped in with five assists in 35 top-flight outings.

Los Blancos captured the ace after he left heated rivals Barcelona in what is proving to be a major coup.

Video: Persistence pays off for Real Madrid loanee as he gets the first goal of his troubled loan spell October 22, 2020 20:25
Real Madrid CF

Loan deal for Real Madrid ace falls through at the last minute as they refuse to include a purchase option July 29, 2020 21:33
Real Madrid CF