According to Get French Football News via Telefoot Chaine, Thiago Silva is prioritising a potential free transfer switch to Chelsea, despite other offers and the prospect of a renewal with Paris Saint-Germain.

Silva remains contracted to the Ligue 1 powerhouses until the end of the month, with the 35-year-old hoping to lead the side to history in the Champions League final on Sunday evening.

Telefoot claim that Silva is ‘prioritising’ Chelsea’s proposal, despite other offers he’s received – with Italian side Fiorentina also keen on the centre-back.

It’s added that Silva would also be open to remaining at PSG, the club the Brazilian has been a wonderful servant at for eight years.

Get French Football News report that the experienced defender would ‘likely’ accept a new deal from the Parisians if it was offered, with the defender set to decide on his future after the all-important final. 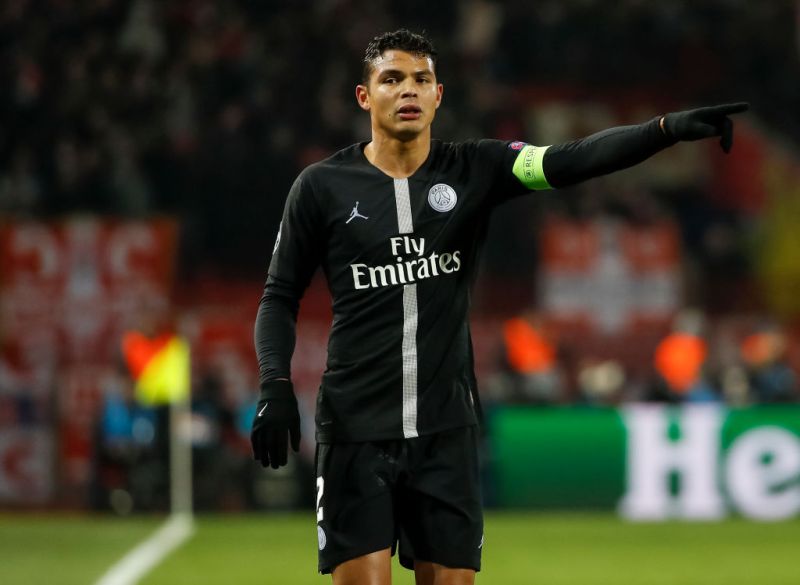 Thiago Silva has been one of the best defenders of his generation.

Frank Lampard needs to improve Chelsea’s defensive ranks ahead of next season, with the west London outfit conceding the most goals of any side that finished in the top-half of the Premier League.

The experience that Silva would bring may be ideal for a side that could field younger central defenders in the likes of Fikayo Tomori and Andreas Christensen.

Silva’s proven winner status will undoubtedly appeal to interested clubs this summer, with the Brazil international winning the Ligue 1 title in all but one of his eight seasons with PSG.

What the ace has left in the bank at 35 years of age will certainly be the multi-million pound question, and playing in one of the most difficult and physical European leagues at this stage of Silva’s career would definitely be a solid task.