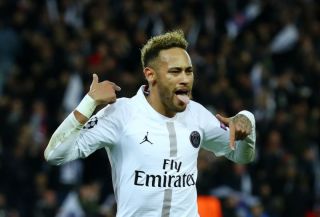 Champions League finalist Neymar has spoken out of his admiration for Liverpool boss Jurgen Klopp and claims that he expects the Reds to dominate the Premier League again next season.

Neymar, 28, will line-up for his PSG side in Sunday’s Champions League final when the French champions will collide with German title holders Bayern Munich.

The world-class Brazilian who made the record transfer to PSG from Barcelona in 2017 for £200m, as per TransferMarkt, has enjoyed a decent campaign this season despite suffering with injuries having scored 19 goals and assisted a further 12 in just 29 appearances in all competitions.

Ahead of tomorrow’s crucial Champions League final, the talented attacker has issued some high praise for English side Liverpool claiming that the Merseyside outfit will be competitive again next season after walking to the the 2019-20 Premier League title.

“Their coach has built a strong team and next season I am sure they will be very competitive again.”

Whether or not fans can expect to see Neymar in the Premier League in the near future remains to be seen, but the elite attacker has certainly spoken very highly of England’s top-flight.