RC Lens B’s attacking midfielder Kandet Diawara is currently on a tear in France’s Championnat National League 2 and could very well make a move to England’s big leagues sooner rather than later.

The 20-year-old talented midfielder joined RC Lens in 2012 at the tender age of just 12 and has since gone on to make his way through the club’s academy ranks to now feature for the B side in the country’s Championnat National League 2.

Diawara has appeared in 18 matches during the 2019-20 season for RC Lens B and has been directly involved in three goals for his side.

The exciting Frenchman also has international experience having featured five times for France’s under 19s side. 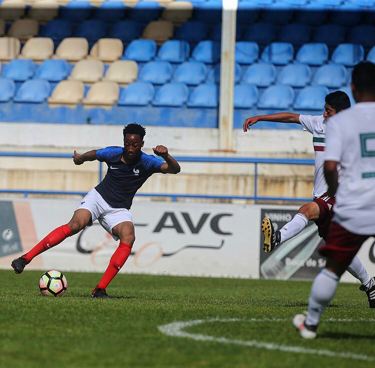 The exciting right-footed midfielder possesses some seriously mature attributes for a player so young with large aspects of his game reminiscent of Leicester City’s star-man Wilfried Ndidi.

The youngster’s game really comes to life when presented with the opportunity to utilise his ball carrying skills and drive at the opposition’s back-line.

Whilst the young Frenchman displays resolute characteristics across most areas required to be an impactful box-to-box midfielder, Diawara’s ability to retain possession and initiate attacks really is highlighted by the fact he has some of the league’s best passing accuracy at a stunning 83.5%.

Diawara is best situated in the middle of the park and has the physical as well as technical capabilities to bomb up and down the pitch providing both cover defensively and adding an additional threat offensively.

Most notably at the other end of the pitch, the 20-year-old wins well over half of his aerial duels which is highly impressive considering he stands at five feet 10 inches.

The RC Lens B midfielder will have time to develop his playing style as his versatility currently allows him to flourish as either an attacking midfielder or one which is tasked with operating box-to-box.

Diawara’s game would arguably suit the Premier League down to the ground as England’s top-flight continually requires not just the most technically gifted central players, but also the most physically dominate, both areas of which Diawara more than holds his own in.