As noted by Corriere dello Sport, the Brazil Under-20 international also had other big-name suitors such as Manchester United and Napoli this summer, but talks with Arteta seemed to swing things in Arsenal’s favour.

The Spanish tactician has done some fine work since taking over at Arsenal, including guiding his struggling side to a surprise FA Cup final victory over Chelsea earlier this month.

Now it seems Arteta is also working his magic in the transfer market as well, with Gabriel looking a potentially superb signing.

Gunners fans will be thrilled to learn that their exciting young coach was able to persuade the talented 22-year-old to snub other big offers in favour of a move to north London.

Corriere dello Sport suggest it was Arteta’s sheer determination to talk Gabriel into the move that seemed to have a profound effect.

As also reported by Fabrizio Romano, it looks very much like a move to Arsenal is on for Gabriel.

See Romano’s tweet below as he claims the player will sign his contract at AFC on Monday, with an official announcement possible some time next week…

Gabriel Magalhães to Arsenal, here we go! Total agreement just completed: he will fly on Monday to London to sign his contract until June 2025, €30M to Lille (add ons included), official statement on next week. The deal is finally done. ??? #AFC #Arsenal #transfers

All in all, this could be one that Man Utd live to regret, with the Red Devils surely also in need of a top defensive signing this summer.

Ole Gunnar Solskjaer’s side finished trophyless in 2019/20 and only just scraped into the top four, with Harry Maguire not having the most convincing debut season at Old Trafford, with an upgrade on Victor Lindelof surely needed so the England international has a more reliable partner next to him.

Napoli could also have done with improving their defence, with Corriere dello Sport noting that Kalidou Koulibaly’s future at the club is in some doubt. 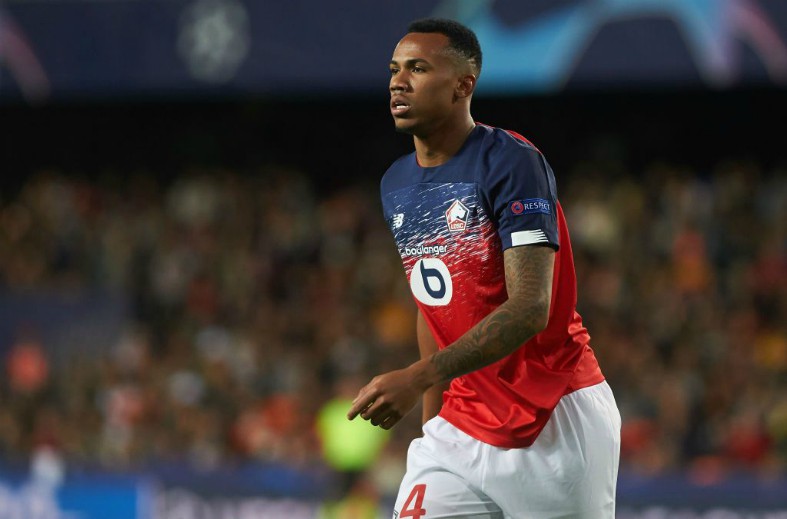 Gabriel Magalhaes looks set for a transfer to Arsenal