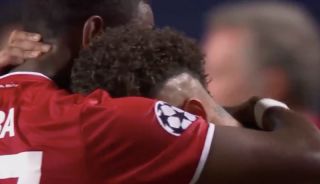 Neymar, 27, was unable to save his side from inevitable defeat after Bayern Munich’s Kingsley Coman scored the only goal of the game.

As both sides prepared for the routine collection of runners-up and winners medal including the famous trophy man, the world’s most expensive player couldn’t contain his emotions as he stood on the touchline in tears.

Neymar is in tears at the full-time whistle.

Brilliant from David Alaba taking the time to console him ?#UCLFinal pic.twitter.com/BqAa0QAaAM