According to the Sun via the Telegraph (subscription required), Chelsea could send promising defender Fikayo Tomori out on loan to Everton next season.

The Telegraph report that former Blues boss and now Everton head honcho Carlo Ancelotti has identified the 22-year-old as an option to bolster the Toffees’ shaky defence.

The Sun reiterate that with Chelsea close to signing experienced centre-back Thiago Silva on a free transfer, Tomori looks set to be loaned out to continue his development after an encouraging campaign.

After a solid spell with Frank Lampard at Derby, the Blues legend integrated the talent into the first-team this season, Tomori looked like a key figure but he found himself on the fringes from January onwards.

Our recent exclusive report into Chelsea’s most pressing transfer business indicated that the central defender would be leaving on loan, with the Bundesliga also seen as a likely destination. 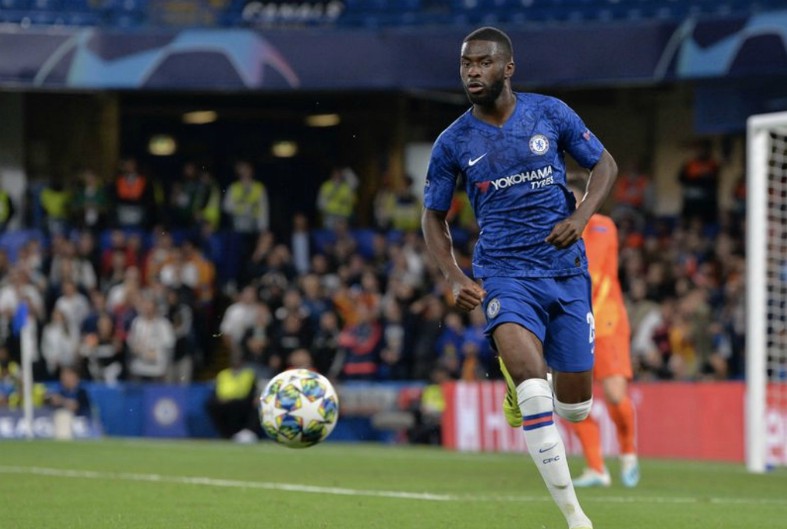 Tomori in action for Chelsea

Tomori made just three of his 22 first-team appearances this season after the turn of the year, with the defender not playing a single minute after the restart.

Tomori would be a particularly valuable player for top-flight sides wanting the ace for next season, as the youngster can also deputise at right-back.

The ace’s impressive performances in the first-half of 19/20 earned him a debut for England, but Tomori’s progress has now been dented and a loan move could be ideal to get the ace back on track.

Everton need to be much better next season, despite massive investment into the team, the Merseyside outfit could only muster up a 12th placed finish.

Whilst Chelsea may wish for Tomori to move to a foreign team – where there wouldn’t be as much pressure on the defender – the chance of getting more valuable English top-flight experience shouldn’t be overlooked.

Tomori has found himself below Antonio Rudiger, Kurt Zouma and Andreas Christensen in the pecking order, with his spot to slip further down should Silva join, a loan exit may be the best option for the ace.

Kai Havertz had a two-word message for a Chelsea team-mate after unbelievable gesture September 10, 2020 19:43
Chelsea FC

Mixed news at Chelsea as defender touted for imminent exit is expected to be included in their Premier League squad September 10, 2020 16:34
Chelsea FC