While it’s rare to see any player stay with one club for their entire career, no one every thought Lionel Messi would actually become available when he was still playing at a world class level.

Reports from Spain have suggested that he’s told Barca that he’s going to quit the club, while he also has a clause that allows him to terminate the contract so no fee will be required either:

Immediately everyone is going to wonder where he’ll go next, but you have to think his wage demands will be enormous, so there can’t be that many places for him to go.

Juventus were always a team who got the best out of world class players at the end of their careers and the idea of Messi and Ronaldo together would be amazing, but Andrea Pirlo is reducing the age of the squad so that looks impossible.

With that in mind, here’s a look at the teams who could actually afford his wages:

City are the most obvious candidates to sign him because they have incredibly rich owners, while the presence of Pep Guardiola should also be appealing to the Argentine.

There’s always a question of older players and their ability to adapt to the physicality of the Premier League, but Messi is potentially the greatest of all time so there’s no doubt that he would adapt easily.

City want to win the Champions League and they also need to improve if they want to take the title back from Liverpool, so signing Messi would be a real statement of intent.

Could they reunite for one final run?

The other club with rich owners who seem to be an obvious link when it comes to big money signings, this could actually be more likely after they failed to win the Champions League.

PSG already crush everyone in Ligue 1 so the though of a front three that contains Messi, Mbappe and Neymar would be awesome, but it should also be enough to take on anyone in Europe too.

The problem will always be financial fair play but we saw that Man City were able to make a mockery of those rules, so it’s very possible that they could find a way to get this done.

Messi at PSG would also have the added bonus of inciting an almighty strop from Mauro and Wanda Icardi. It’s been said for years that the PSG striker struggles to get into the Argentina squad because Messi has turned everyone against him for his antics surrounding Wanda and his former teammate Maxi Lopez, so we would get to see drama on and off the pitch.

While it’s easy to suggest other big teams like Man United, Bayern Munich, Inter Milan or even Real Madrid might want to get involved, it’s hard to see any situation where they could meet Messi’s demands.

That means the third option needs to come from out with Europe, and David Beckham’s MLS franchise Inter Miami look like the perfect destination.

They are a new side who really need a marquee signing to attract the fans and make them competitive, so adding the best player in the world would be the perfect way of doing that.

They have a designated player spot in the squad open for him and that allows them to offer massive wages, but Messi might feel he wants to play at the highest level for a while longer. 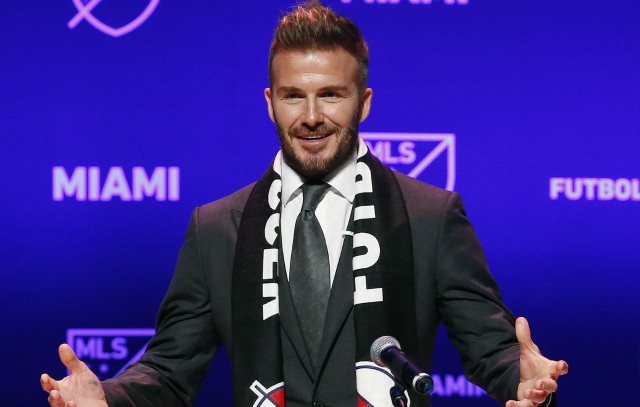 He needs a big name signing