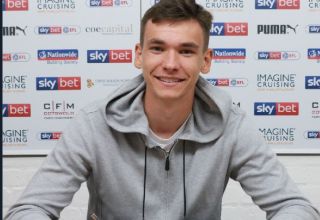 It’s always going to be tough for any youngster to break into the Man United team, but any young goalkeepers at the club must be thinking about their future being somewhere else already.

David de Gea will probably be the number 1 to begin next season, but he’ll have to deal with competition from the impressive Dean Henderson as he returns from Sheffield United.

READ MORE: Report claims Man United midfielder has retired from international duty after a falling out

Sergio Romero will be wondering where he fits into the squad next season, while Lee Grant must just be delighted if he gets a chance to play in training at this point.

It means a young keeper like Matej Kovar has no chance of breaking into this team, so it’s not a surprise to see him going out on loan:

Czech out our new keeper ?

We are delighted to announce the loan signing of goalkeeper, Mat?j Ková? from @ManUtd ?#STFC ?

He’s been a regular at youth level for United and the Czech Republic but he’s reached that point in his career where he needs to get some first team football.

He’ll probably never get anywhere near the first team at Old Trafford, but he could follow the example of Kieran O’Hara by impressing on loan at a lower level and slowly working his way up.