Opinions are split over how well Frank Lampard did last season with Chelsea, but he certainly didn’t let anyone down when you consider the issues he had to put up with.

He successfully delivered Champions League football while introducing young players into the team and dealing with a squad had that some gaping holes.

His goalkeeping situation was a total disaster, the defence was poor and his team looked scared during the big occasions, although he might take some of the blame for that final point.

They’ve had a big summer of recruitment so he will be expected to deliver silverware next season, especially if he manages to land a couple more transfers in key positions.

Football Insider have indicated that they’ve opened talks with AC Milan over £50m rated goalkeeper Gigi Donnarumma. The Italian keeper has been touted as the heir to Gigi Buffon for years and looks like a class act, so he should be a great signing if they can pull that off.

The Guardian have also indicated that the long-awaited move for Kai Havertz could finally happen soon, with a deal worth up to £90m edging closer to agreement.

If Lampard decided to put all of his signings into the team from the start, then their line up does look very dangerous for the upcoming season: 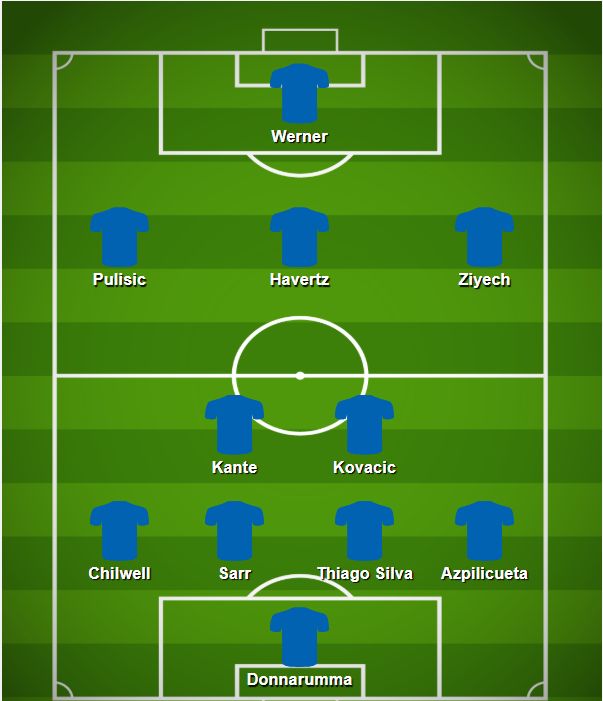 Chelsea fans could also get greedy and suggest a holding midfielder needs to be added too, but that line up should be enough to challenge for the league at least.

Everything will depend on Lampard’s tactics and how quickly the new signings can settle, but it should be a fascinating season for Chelsea.