Arsenal reportedly have the advantage over the likes of Juventus and Paris Saint-Germain in the race to seal the transfer of Lyon midfielder Houssem Aouar.

As we recently informed you, the race for Aouar is hotting up, with Manchester City also among the contenders for the youngster’s signature this summer.

Aouar has shone in Ligue 1, and also displayed his world class ability in the Champions League recently as he helped his side reach the semi-finals of the competition.

The 22-year-old is now surely set for a big move, and apparently he’s keen to make England his next destination… 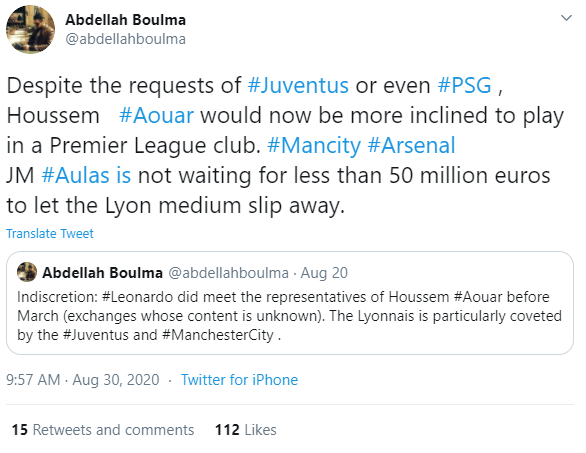 This gives Arsenal and City an edge over PSG and Juventus, though it remains to be seen which of the two Premier League giants he’ll choose.

Aouar would perhaps have more chances to play regularly in Mikel Arteta’s side, but of course the lure of silverware under Pep Guardiola will surely be strong.

Whoever gets Aouar will no doubt be thrilled to complete the signing of such a hugely promising player, who is sure to be one of the best in the world in his position for many years to come.