The Gunners beat the Reds 5-4 on penalties at Wembley, with Luiz scoring one of the spot kicks in the shoot-out after a 1-1 draw.

Gabriel, who has been strongly linked with Arsenal by The Athletic’s David Ornstein and others, posted a comment in response to Luiz’s penalty for Arsenal against Liverpool.

All the latest reports are accurate. Looks a great signing for Arsenal #AFC

See below as Gabriel can be seen commenting that he was nervous ahead of Luiz’s penalty, or perhaps he means about the result in general! 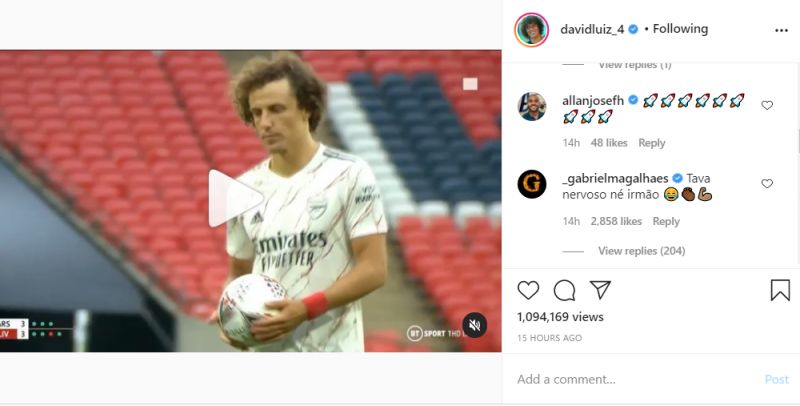 At this point, it seems pretty much an open secret that the young Brazilian centre-back will make his way to Arsenal sooner or later.

Gooners will be pleased to see he’s taking such an interest in their matches before he’s even been confirmed as their player!

Now one imagines an official announcement can’t be too far away.