Usually a new signing makes complete sense and you can immediately see their role in the team, but Man United’s move for Ajax star Donny van de Beek is an interesting move:

After new contacts also on last hours with his agent, Manchester United have reached a total agreement on personal terms with Donny Van de Beek. The Dutch midfielder has accepted to join Man Utd until June 2025. ? #MUFC #ManUnited #transfers

The Dutch midfielder is at his best in a box-to-box role or playing high up the pitch – he doesn’t have the defensive discipline or awareness to properly shield a defence.

It’s possible that he’s being signed as a rotation option with Pogba and Bruno Fernandes, but Solskjaer must be tempted to find a way to get all three into the side.

It’s possible he could change the shape and go with this line up to fit them in: 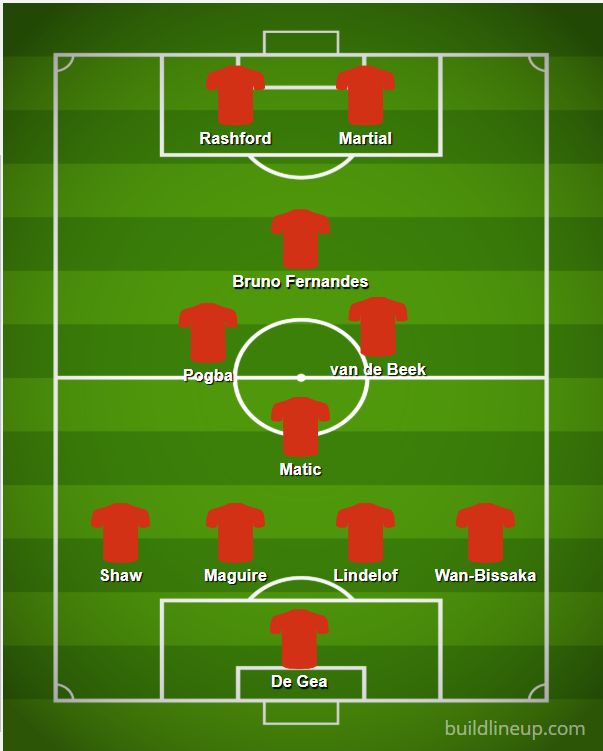 This would allow all three of the midfielders to play, while having Matic in a holding role would give them all the freedom to roam forward when required.

The problem will immediately be a lack of width, especially on the right where Wan-Bissaka doesn’t look dangerous as an attacking threat at all.

It’s possible that United could go with a basic diamond shape where Martial or Rashford take it in turns to drift out to the left flank to provide width there, while van de Beek and Fernandes could drift to the right hand side.

There may also be a temptation to stick with the 4-3-3 shape and force Fernandes or van de Beek to play on the right, but they would run the risk of them getting lost out there.

Our colleagues at Stretty News also had a look at how the Dutchman might fit in, and they’ve come up with three potential solutions that you can read here.