It really must be amazing to be a top level footballer on social media, because you can trigger so many articles or emotions simply by liking or endorsing a post.

It’s been announced this evening that Ajax star Donny van de Beek is set to move to Old Trafford ahead of next season, so it finally looks like Man United will have a top quality player to compliment Pogba and Bruno Fernandes.

Having all three playing in the same midfield might be too attacking so it will be interesting to see what the plan is, but the worst case scenario will see Solskjaer have some quality rotation options:

Man United are now in talks also with Ajax to sign Van de Beek immediatly after the first official bid to be submitted tonight (around €40m). Man Utd are confident to complete the deal at the start of next week – agreement close to be done as @MikeVerweij reported. ? #MUFC

Clearly it’s not just the fans who have been following this story, as Marcus Rashford liked the tweet that signalled the Dutchman would be moving to Old Trafford: 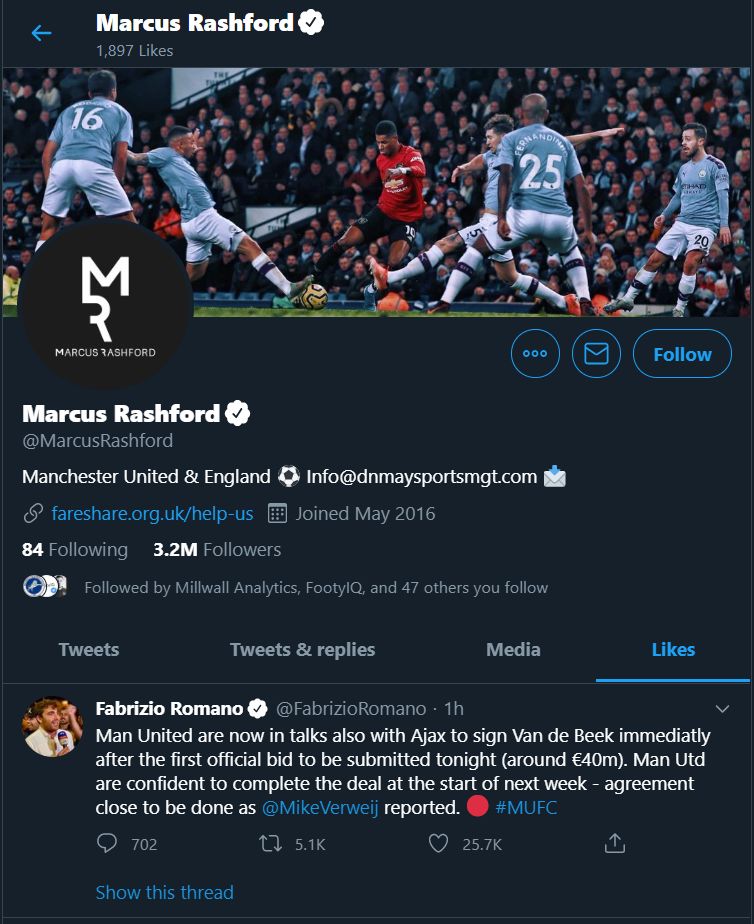 It appears that van de Beek is already exciting the Man United players with his arrival, so it will be fascinating to see how he fits into the team and how he adapts to life in England.