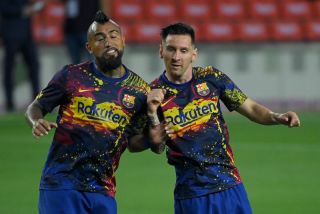 Barcelona midfielder Arturo Vidal has backed team-mate Lionel Messi as he tries to force a shock move to Manchester City. The experienced midfielder has slammed the Barcelona board by claiming the Spanish giants are being left behind rivals side who are rapidly improving.

Vidal, 33, joined Barcelona from Italian side Juventus in 2018 and has enjoyed a fairly decent two seasons.

The Chilean had a bright domestic campaign last season after starting 16 matches and being directly involved in 10 goals.

However, despite Vidal’s on-field performances, he has spoken out in support of team-mate Lionel Messi who shocked the world when he requested a transfer from Barcelona after the side’s crushing 8-2 defeat to Bayern Munich in the Champions League quarter-finals, as per Sky News.

Speaking on Daniel Habif’s YouTube Channel as quoted by Metro, Vidal said: “Barcelona have done things that don’t fit with a team at the top level.

“In the end, you realise this when you face an organised team, a team that has a winning mentality, with players that are physically prepared and that has a very strong game plan.

“That takes its toll when you’re weak in the head and in energy, that happened to us.”

Addressing his observations that Barcelona are being left behind by rival clubs, Vidal said: “Barcelona first have to change the way they think because football has evolved a lot. DNA is being left behind and other teams are improving in other aspects.

“Nowadays, football is more physical, more about strength and speed, and technical ability can sometimes come second. ‘Barcelona have to change lots of things.

“A club, which I think is the best in the world, can’t have 13 professional players and the rest youngsters.

“Not because they don’t deserve to be there, but they have to be competing with the best and with who has to play. 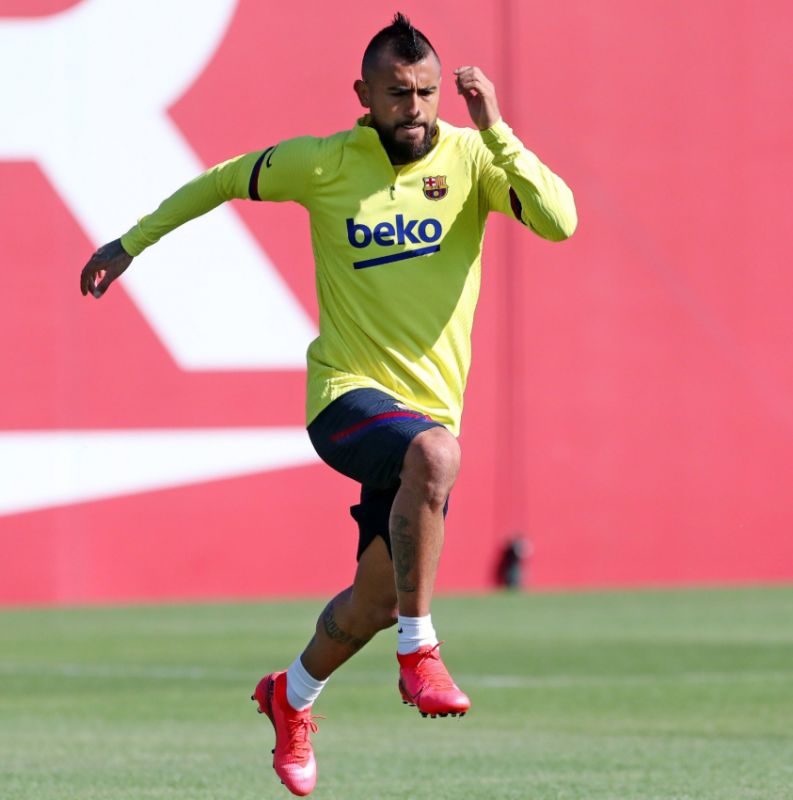 “Every club has 23 players fighting for a place, improving and getting better every day.

“But when they don’t progress, when you think you can always win with your DNA, that’s when you’re mistaken.

“There are lots of good players. We have Messi, who is the number one and is an alien, but he needs help.

“He needs players that improve the team and that get better results.”

Vidal’s stunning rant comes in light of La Liga decision to back Barcelona after the league’s representatives declared that the only way Messi can leave the club is if his £625m release clause is paid, as per Sky Sports.