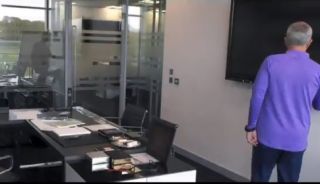 Tottenham manager Jose Mourinho starred in a hilarious scene in the club’s All Or Nothing documentary on Amazon.

Watch below as the Portuguese tactician can be seen listening to pundits on TV criticising his recent spell at Manchester United, and he’s clearly left unimpressed with their analysis.

Eventually, Mourinho simply gets up and switches it off, telling them to “f*** off”!

Mourinho is known for being one of the game’s big characters, and this documentary is going to be great viewing, largely because of him.

The Special One is Box Office viewing most of the time anyway, so imagine what’s going to come up in this much behind-the-scenes footage of him!