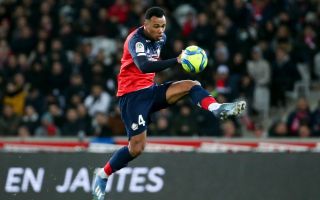 Obviously the best way for a player to endear themselves to their new fanbase is by putting in some excellent performances on the pitch, but there’s nothing like an empty gesture on social media to get the fans on side too.

Arsenal have been linked with former Lille defender Gabriel Magalhaes for weeks now, but there was always doubt about the deal so the fans will be delighted to see that he’s finally been confirmed as an Arsenal player:

The defence has been a weakness for years at Arsenal so they will be hoping that the Brazilian defender will be a huge upgrade on their current options.

At least he’s done his best to get the fans onside straight away, as he took to Twitter to deliver this simple message after the deal was confirmed:

He’s still young and possibly unproven at the top level, but he demonstrated at Lille that he’s quick, defensively solid and composed on the ball so he’s got everything you want in the modern defender, it will just be a case of translating that to a higher level.

Things are looking bright under Mikel Arteta just now so it’s understandable that he’s decided to join the club, but the fans will be eager to see him prove himself on the pitch and not just on social media.