Barcelona have moved so far away from their traditional identity that there’s nothing really special about the club anymore, so Ronald Koeman does have a massive job on his hands.

They were always famous for bringing youngsters through their academy and playing a certain style of football, but both of those things have been lost as they rammed the squad with veteran players and lacked a clear style.

Koeman has a chance to rectify that and some of his initial decisions will be telling, so it’s a bit disheartening to see Marca’s report on the fate of two of their best youngsters.

It’s suggested that Monchu and Alex Collado are now ready to make the leap into senior football, but Barca have decided to look for possible exits rather than giving them a chance in the first team.

Monchu captained the B side last season and looks like a really tidy midfielder who’s great in possession, but the report suggests he’s been close to a move to Valencia in the past so that could be a possible destination.

Collado is a wide midfielder who’s been a key part of the B side for a couple of seasons now and looks ready to step up, and it’s suggested that some teams are interested in signing him.

It’s not clear if Barca just want to sell them outright or if these would be loan operations, but it does sound like Monchu would leave permanently so it’s sad to see. 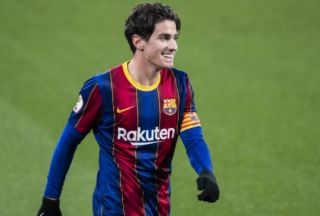 Chief confirms European side are in talks to sign Barcelona midfielder this summer July 31, 2020 16:14
FC Barcelona

Serie A side hope to sign promising Barcelona midfielder who captains the B team July 29, 2020 0:25
FC Barcelona

Premier League pair set to battle it out for Barcelona youngster May 17, 2020 17:28
FC Barcelona 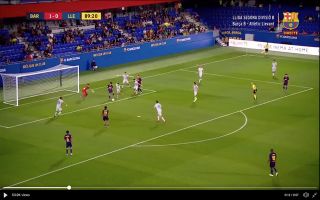