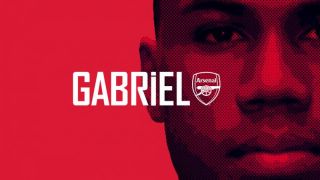 Arsenal have officially confirmed that they’ve signed Gabriel from Lille as Mikel Arteta welcomes an important defensive reinforcement to his squad.

The 22-year-old impressed during his spell with the French side, making 52 appearances as he established himself as a key figure in the line-up.

That form has seemingly led to interest from north London, and as per Arsenal’s official site, they have confirmed that the Brazilian ace has signed a long-term contract to join them this summer.

It’s added that Gabriel will wear the No.6 shirt, with technical director Edu revealing his delight over the move, a sentiment shared by boss Arteta as per the report above.

Arsenal conceded 48 goals in their 38 Premier League games last season, giving them the second worst defensive record of the top nine sides in the standings.

In turn, that was evidently an area of the squad that Arteta had to address this summer in order to give them a more solid platform on which to build, win games and become more competitive at the top level, and it appears as though he has done that now with the addition of Gabriel.

Time will tell if further signings arrive in the coming weeks ahead of the first game of the new season, but along with the likes of William Saliba, Sokratis, Rob Holding, Shkodran Mustafi, Calum Chambers, Pablo Mari and David Luiz, Arteta seemingly has plenty of options at his disposal in that department now following Gabriel’s arrival.

So much so that it would arguably make sense to trim the squad in that area given that’s arguably eight players competing for two spots, and so it remains to be seen just how active the Gunners are in the coming weeks.