For years Arsenal have had the problem where they’ve always had teams filled with talented players, but you always fancied them to collapse when the going gets tough.

A big reason for that has been the lack of a solid spine through the team – it’s an old cliche but you need a reliable keeper, a solid centre-back pairing, a midfield that can deal with a physical opponent and a striker who’s going to put the ball in the back of the net.

That’s not been seen at The Emirates for a long time, but Mikel Arteta’s summer business is starting to take shape and everything is looking promising.

READ MORE: Interesting news for Arsenal as midfield target expected to leave and it will be sorted quickly

Gabriel Magalhaes has been confirmed by the club and Dani Ceballos is expected to return from Real Madrid, so that immediately improves the team.

On top of that it’s starting to look like Houssem Aouar is going to leave Lyon shortly and Arsenal are in the frame there, while the Daily Express have confirmed that Atletico Madrid midfielder Thomas Partey has reiterated his desire to join the club this summer.

Of course there’s still some things that need to happen there but it certainly looks possible, and it would allow Arsenal to line up with an exciting team that had a solid spine to rely on: 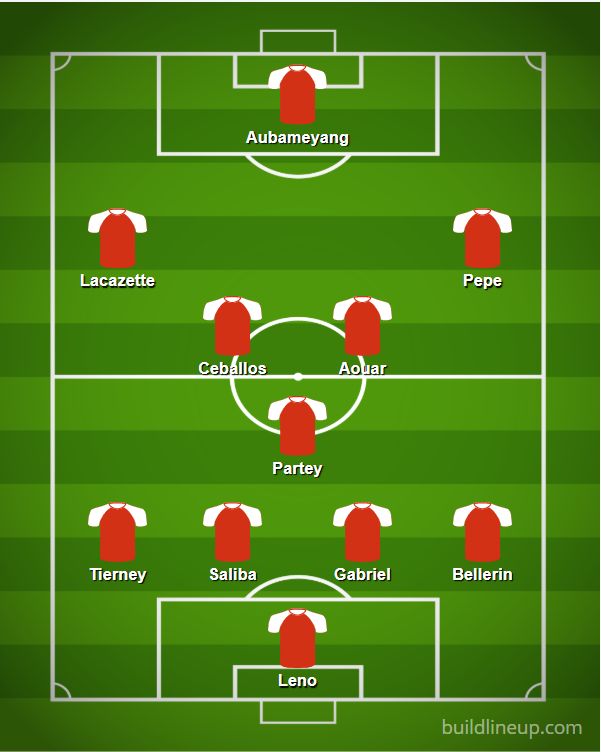 It’s likely that Arteta will stick with David Luiz over Saliba but the French youngster has a much greater upside and has shown he’s good enough to play a key role.

Having a solid spine could also free up the wider players to be creative and have a bigger impact so Nicolas Pepe could thrive, while Aubameyang and Lacazette could swap positions depending on the opposition.

They still need to get some signings over the line to make this happen, but that’s a very solid looking team if they could pull it off.